NEW YORK — Stories with gay and transgender themes, a spoof inspired by the family rabbit of Vice-President Mike Pence, and classics by J.K.
Apr 20, 2020 9:21 AM By: Canadian Press 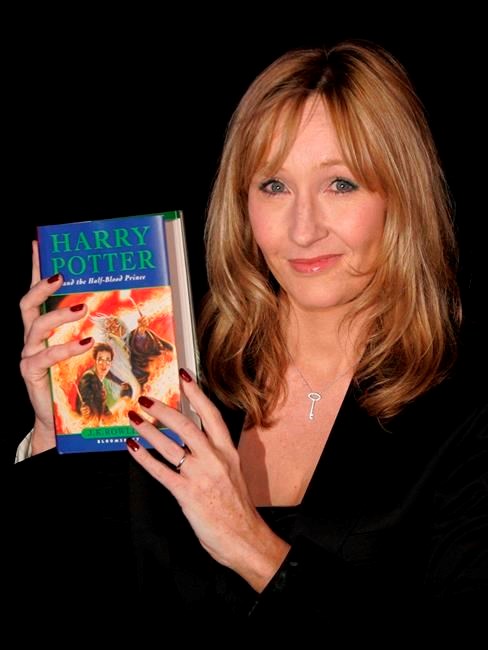 NEW YORK — Stories with gay and transgender themes, a spoof inspired by the family rabbit of Mike Pence, and classics by J.K. Rowling and Margaret Atwood were among the books that received the most objections last year at schools and libraries.

“We are seeing efforts all around the country," Stone said.

The list is part of the association's annual State of America's Libraries report, released during National Library Week, which ends Saturday.

Other challenged works included Rowling's “Harry Potter” books, which have long been criticized by some religious groups for themes of sorcery; and Atwood's dystopian “The Handmaid's Tale,” itself the story of a repressed society, for “vulgarity and sexual overtones.”

In an email to The Associated Press, Atwood noted the tradition of writers who have been censored.

“If you’re a writer and everybody likes you, a) You’re doing something wrong, or b) You don’t exist," the Canadian author wrote. "I am happy to be in the company of the Bible, Shakespeare, John Bunyan, Lord Byron, Emily Bronte, Flaubert, James Joyce, Nawal el Sadawi, Angela Carter, Anonymous of A Woman in Berlin, and so many others. Lucky me, I live in a democracy, so at least I’m not in jail or being tossed out of a plane.”

The library association’s Office for Intellectual Freedom recorded 377 challenges, compared to 347 in 2018. The ALA defines a “challenge” as a “formal, written complaint filed with a library or school requesting that materials be removed because of content or appropriateness.” The list is based on news reports and on accounts submitted from libraries, and many challenges likely go unreported, the association believes.

The ALA does not have numbers for books actually banned, although some incidents were noted by local media. Last fall, “Prince & Knight” was pulled from West Virginia’s Upshur County public library in response to a church minister calling the book, a love story between a prince and a knight, “a deliberate attempt to indoctrinate young children, especially boys, into the LGBTQA lifestyle." Also last fall, the Potter books were removed from the library of St. Edward Catholic School in Nashville.

“These books present magic as both good and evil, which is not true, but in fact a clever deception,” the Rev. Dan Reehil, a school pastor, said at the time. “The curses and spells used in the books are actual curses and spells; which when read by a human being risk conjuring evil spirits into the presence of the person reading the text.”

With libraries closed indefinitely this year because of the coronavirus outbreak, Stone expects fewer challenges from individuals, even as organized efforts continue.

“I don't think you'll have as many incidents of a parent encountering a book and raising objections,” she said. “But we don't think challenges will come to a halt.”