TAIPEI, Taiwan — Former Taiwanese President Lee Teng-hui, who brought direct elections and other democratic changes to the self-governed island despite missile launches and other fierce saber-rattling by China, has died. He was 97.
Jul 30, 2020 11:37 PM By: Canadian Press 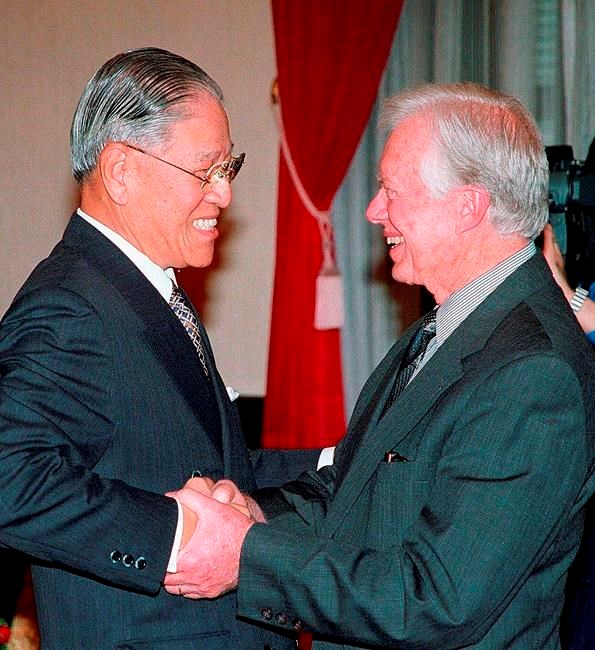 TAIPEI, Taiwan — Former Taiwanese President Lee Teng-hui, who brought direct elections and other democratic changes to the self-governed island despite missile launches and other fierce saber-rattling by China, has died. He was 97.

Lee strove to create a separate, non-Chinese identity for Taiwan, angering not only China, which considers the island part of its territory, but also members of his Nationalist Party who hoped to return victorious to the mainland.

Lee later openly endorsed formal independence for the island but illness in his later years prompted him to largely withdraw from public life.

“President Lee’s contribution to Taiwan’s democratic journey was irreplaceable and his death is a great loss for the country," current President Tsai Ing-wen said in a statement.

“Although former President Lee’s political philosophy has undergone tremendous changes after his resignation, former President Ma is still grateful for his dedication to the country and believes that history will have a fair and objective evaluation," a statement from Ma's office said.

Physically imposing and charismatic, Lee spanned Taiwan’s modern history and was native to the island, unlike many who arrived with Chiang Kai-shek in 1949, at the end of the Chinese civil war.

At times gruff, at times personable, he left little doubt he was the man in charge in almost any setting.

“A leader must be tough and strong enough so he can put an end to disputes and chaotic situations,” he wrote in his autobiography.

He was born in a farming community near Taipei on Jan 15, 1923, near the midpoint of Japan’s half-century colonial rule. The son of a Japanese police aide, he volunteered in the Imperial Japanese Army and returned to Taiwan as a newly commissioned second lieutenant to help man an anti-aircraft battery.

He earned degrees in Japan and Taiwan, as well as at Iowa State University and Cornell University in New York. He worked for the U.S.-sponsored Joint Commission on Rural Reconstruction, which sought to encourage land reform and modernize Taiwanese agriculture. He was a member of overwhelmingly Buddhist Taiwan's Christian minority.

Japanese Prime Minister Shinzo Abe, noting Lee's close ties with Japan, praised him for his contributions to bolster friendship between Japan and Taiwan. “Many Japanese people have developed special attachment to President Lee as a leader who had established freedom, democracy and universal values in Taiwan and cornerstone of Japan-Taiwan relation,(asterisk) Abe said Friday.

In 1971, Lee joined the governing Nationalist Party. As a descendant of the people who migrated to the island from China in the 17th and 18th centuries, he was part of the party’s effort to broaden its base beyond the 1949 arrivals from the mainland. He was Taipei mayor, Taiwan province governor and before succeeding to the presidency in 1988.

In his early years as president, Lee met significant resistance from Nationalist hard-liners who the party’s tradition of mainlander domination and resented Lee’s native status. He beat back the resistance, largely by giving his detractors important political positions.

In 1990, Lee his support for student demands for direct elections of Taiwan’s president and and the end of reserving legislative seats to represent districts on the Chinese mainland. The following year he oversaw the dismantling of emergency laws put into effect by Chiang Kai-shek’s government, effectively reversing the Nationalists’ long-standing goal of returning to the mainland and removing the Communists from power.

Communist China saw the democratic steps as a direct threat to its claim to Taiwan, and its anger was exacerbated when Lee visited the United States in 1995. To Beijing, Lee’s visit to Cornell the United States was willing to accord special recognition to the ruler of a “renegade” Chinese province.

The U.S. made sure Lee did not meet with high-ranking American officials, including then-President Bill Clinton, but its attempts to dampen Chinese anger were unsuccessful.

China soon began a series of threatening military off the coast of mainland Fujian province that included the firing of missiles just off Taiwan’s coast. More missiles were fired immediately before the March 1996 presidential elections, and the U.S. response was to send aircraft carrier battle groups to Taiwan’s east coast in a show of support. Taiwanese were uncowed and the elections went ahead, with Lee victorious.

In a celebrated interview in late 1996, Lee declared that relations between Taiwan and China had the character of relations between two separate states. This was heresy, not only in the eyes of Beijing, but also for many Nationalists, who continued to see Taiwan as part of China, and looked forward to eventual union between the sides, though not necessarily under Communist control.

In 2000, Taiwan elected Chen Shui-bian of the opposition Democratic Progressive Party as president, ending a half-century of Nationalist monopoly. His election was virtually guaranteed by a split in the Nationalist Party, which had two representatives in the race. The retiring Lee had supported one of them but was still blamed for the split, and the party moved to expel him.

In 2001, supporters of Lee formed a new pro-independence party. The Taiwan Solidarity Union also wanted to break the cultural and political connection between the island and the mainland.

Lee himself backed away from wanting a formal declaration of independence for Taiwan, insisting it already was, given the island was not Chinese Communist-controlled.

In 2012, he backed independence-minded candidate Tsai of the DPP, who lost to Ma, an avatar of closer ties between China and Taiwan.

Tsai ran again and was elected in 2016, upping tensions again with China. Lee was ailing by that time and played little role in the election. Tsai won re-election this year by a healthy margin over her Nationalist challenger.

Lee is survived by his wife of seven decades, Tseng Wen-hui, and their two daughters. A son died in 1982 from cancer.

There was no immediate announcement about funeral arrangements.