Gateway City Brewery plans a party for its grand opening

'We connected with someone who manages pinball machines and I think we have more pinball machines in town than anywhere else and we offer all you can play pinball on Sundays'
Jun 12, 2019 4:00 PM By: Kortney Kenney 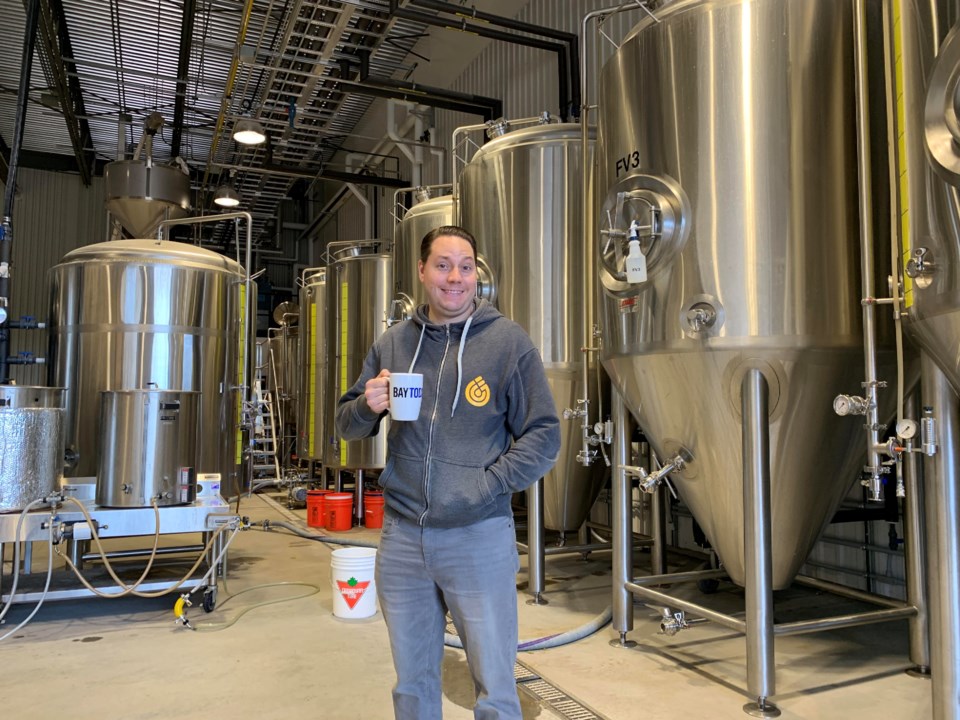 Gateway City Brewery co-owner Mike Perreault samples some of his company's suds. Kortney Kenny/BayToday.
Craft beer is one of the most rapidly growing industries in northern Ontario, yet you might be hard-pressed to find a more fun and professional environment than the one at Gateway City Brewery off Gormanville Rd. in North Bay.

The moment you walk in you are treated to the always impressive scene of a brewery in full tilt, but also of pinball machines, foosball tables and of course, great music (today it was B.B. King).

“We are set up as a full-scale production facility. That being said, a lot of breweries have a tap room so what we have done is taken the space we have up front, and make it as fun as possible. We connected with someone who manages pinball machines and I think we have more pinball machines in town than anywhere else and we offer all you can play pinball on Sundays.”

Gateway City Brewery also enjoys hosting events in the community such as choirs, brewery yoga, hosting bands and many more, all which help showcase the beer they offer. The range of flavours, after just six months in business, is close to 20, all with a unique nod at North Bay’s history.

“We offer four core beers all year, the rest are seasonal or tap room exclusives. There is the 626, a German-style pilsner, 137, a rye pale ale, 11.17 an India session ale, 503 which is a dark rye lager.” Perreault explained.

“The numbers of each brew correspond to different modes of transportation that have historical significance around North Bay. The 626 is the number on the CF-100 Jet in Lee Park. 503 is the Ontario Northland steam engine that used to be in Lee Park. 11.17 is for the two major highways in town and 137 is the approximate amount of minutes it takes to portage from Trout Lake to Lake Nipissing.

"Another is Aunt May’s multigrain golden ale. It is made with five different grains so we named it after the old bakery. Every name has had some type of significance to it, we have put a little bit of thought into it.”

You can find their beer in their tap room of course, but also in about roughly 20 restaurants across town as well as expansions in Sudbury and up the north highway.

Even though the Gateway City Brewery has been open since just before New Year 2019, this Friday, June 14 sees the official grand opening of the craft beer company.

“The grand opening is a way for us to really show off the brewery. We are very proud of what we are doing. We have a mobile canning company called Northern Canning coming up, and they are going to package the beer right in front of everybody and you will be able to try the beer fresh off the line. We also have Restoration Jazz band which is  Neil Kennedy’s Dixieland jazz group. There is also Tucos Tacos from Sudbury bringing up a food truck so it will make for a fun time,” an excited Mike Perreault explained.

Tickets for the grand opening are $20 and that gets you two freshly brewed beers at the event. If the trajectory that the Gateway City Brewery has been on in the last six months in any indication, this is certainly only the beginning.