Zachary Lacelle, Owner and Operator of Northern Zen Cannabis in North Bay, writes about his first two years in business.
Listen to this article
00:02:31

"It’s amazing thinking over two years ago Northern Zen had the opportunity to participate in Ontario’s lottery system for a spot at one of eight AGCO licensed cannabis stores on a First Nation. Not many knew how this would look over the next coming months. However, we decided to ask Nipissing First Nation Business Development if they would allow us to participate in Ontario’s lottery. This lottery gave an equal opportunity to anyone who wanted to be part of this new industry in Ontario before the market was opened.

That being said, we are happy to be here servicing North Bay and surrounding area.

With all new industries, it takes time to figure things out and many First Nations across Canada still feel left out of the cannabis space. We are all working to make this a smooth and fair functioning process with the continuously changing regulations from Governments. Change in regulations have supported Indigenous owned cannabis facilities in the industry which come from the people’s voices being heard.

Northern Zen is a prime example of working with government to make change for the better when we asked for the workers age to meet Ontario’s minimum. This has helped create employment for students aged 19 - 21 on Nipissing First Nation and educate them about cannabis. Much of the efforts have been for the better of those involved but much more work needs to be done over the next decade. We hope it’s for the best not only for the consumer but also for the environment, Indigenous owners and locally owned shops.

Next up is Legendary Larry, but first I want to thank him for all his work before handing the mic over… He always has a big smile and great conversations with customers. He’s been keeping me on my toes and driving this business forward. Larry’s hard work here at Northern Zen has made it smooth rolling over the last 2 years… Thank You Larry!" - Zachary Lacelle

“It’s been a fun time working here at Northern Zen. I would like to thank everyone for that. I look forward to another two years of conversations, laughs and education with everyone who enters the store. I would also like to thank Zachary for being an awesome boss, friend and mentor.”

Northern Zen Cannabis would like to give a large “Thank You” for all of the support over the past two years to anyone who has stepped foot into our store or follows our social media accounts.

CHEERS TO ANOTHER TWO YEARS!" 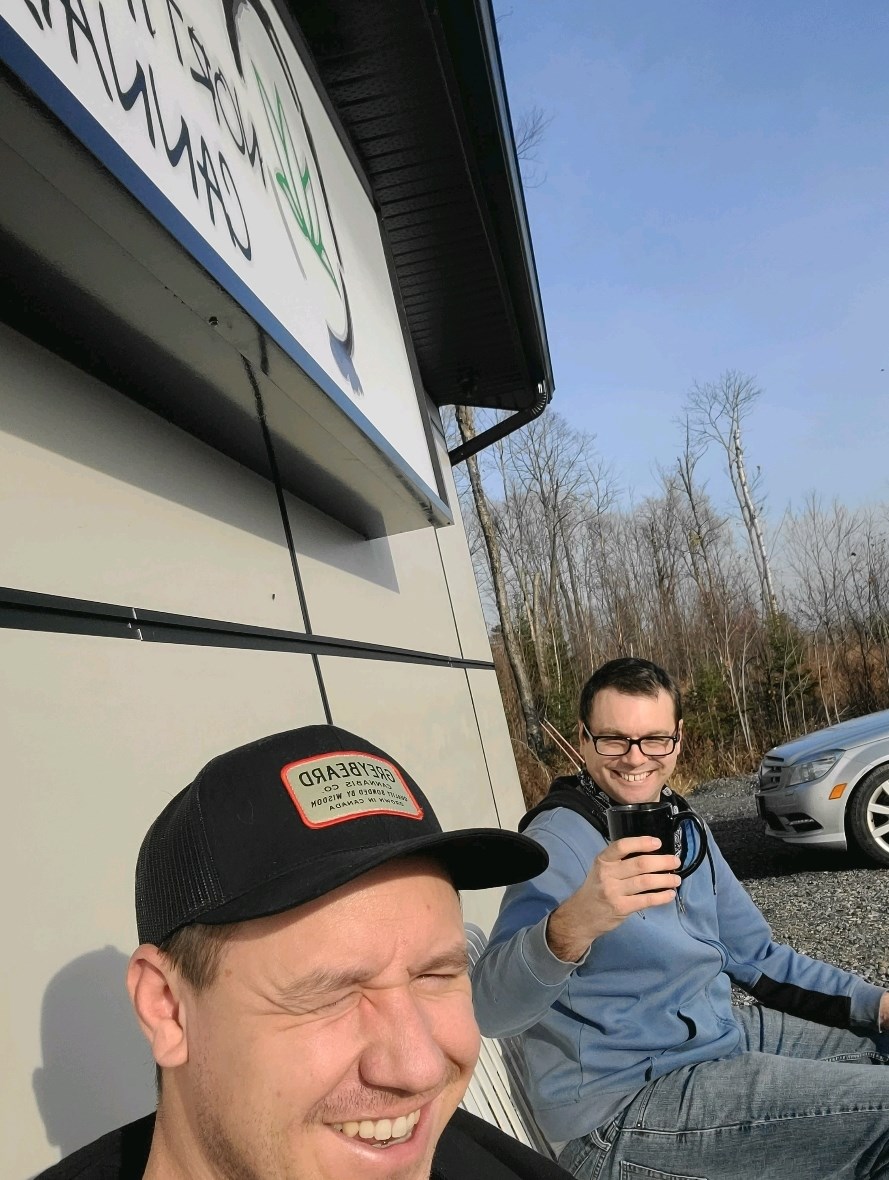