Yachmenev returns to the Voodoos 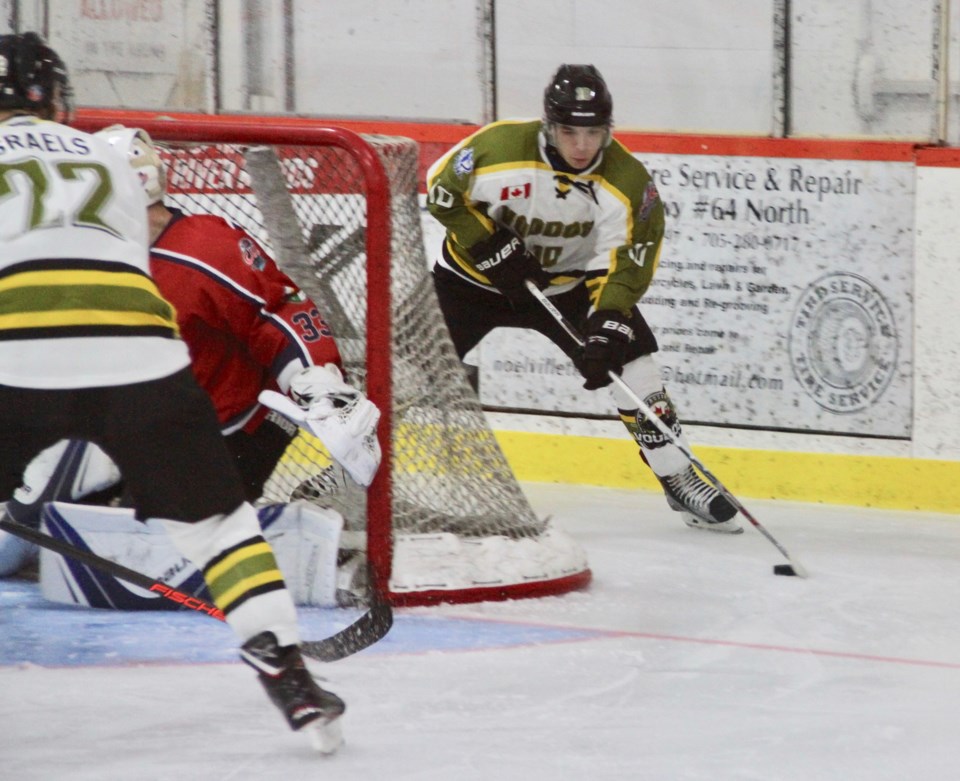 The Powassan Voodoos have reacquired another familiar face.

The Voodoos added forward Tomas Yachmenev from the Navan Grads of the CCHL for a development fee.

Back in the spring, Yachmenev was sent to Navan for a development fee and played only a couple regular-season games with the Grads prior to the Tuesday night trade.

Last season the 19-year-old finished off his second straight 20 goal campaign in the NOJHL as he scored 23 goals along with 31 assists for 54 points in 56 regular-season games with the Voodoos.

The son of former NHLer and Centennial Star Vitali Yachmenev is expected to join the Voodoos for practice on Thursday.

In other Voodoos news, graduating forward Rico Rossi has been signed by the Hamburg Crocodiles of the Germany 3 professional hockey league.

Last season with the Voodoos Rossi notched 16 goals and 14 assists for 30 points in 39 games.