Wildcats out at OFSAA in Fort Frances 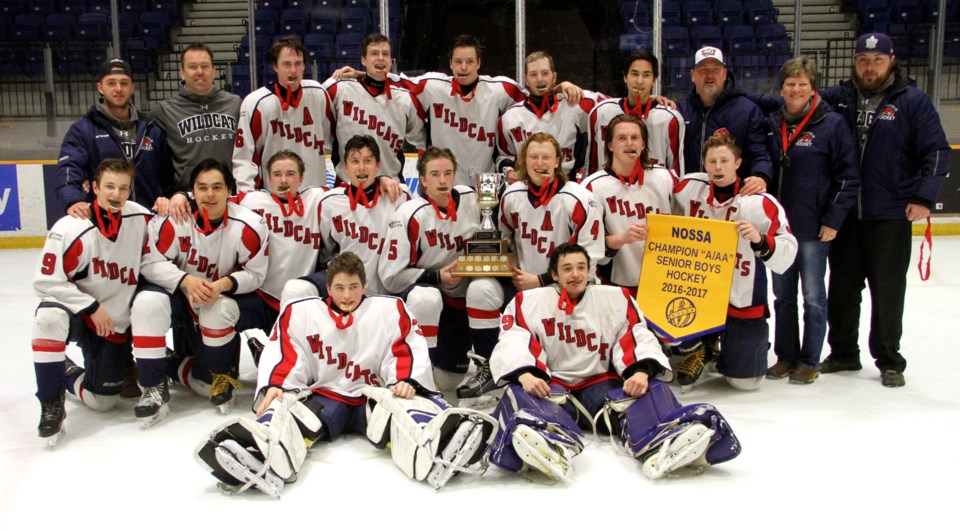 Wildcats had a great year winning the NOSSA crown earlier this month. Photo by Chris Dawson.

The Widdifield Wildcats memorable season came to a close in Fort Frances on Wednesday when they fell 3-0 to the Dryden Eagles which eliminated the North Bay school from the OFSAA A/AA Hockey championships as they finished the tournament with a 1-2 record.

The Wildcats opened up the event with a close 7-6 win over the fifth seeded Campbellford Flames.

However, the 10th seeded Wildcats then fell 4-2 at the hands of the third seeded St. Mary’s Crusaders.

It was a roller coaster year for the Wildcats, who were beaten in the NDA championship by the Chippewa Raiders but got some redemption by eliminating the rival Raiders at NOSSA and then edged the Korah Colts from Sault Ste. Marie with a dramatic OT victory in the NOSSA final.