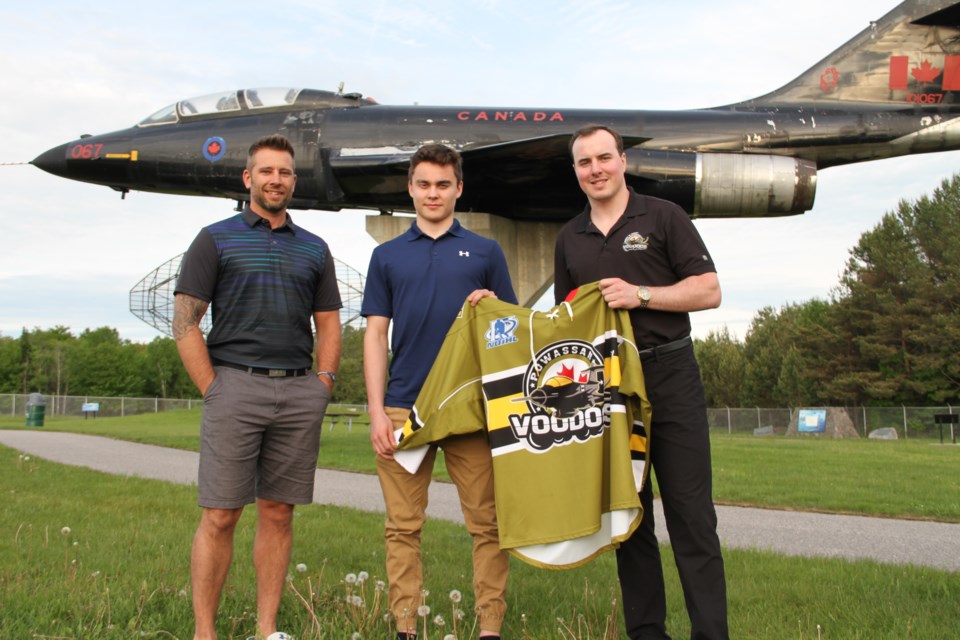 The 5’10”, 160 pound forward was one of the top forwards on a Sudbury Nickel Capital Wolves team that captured the Great North Midget League title and hosted the Telus Cup.

Shawana, who turns 18 in September, had 14 goals along with 29 assists for 43 points in 34 games with the Sudbury Nickel Capital Wolves in the Great North Midget League last year.

Shawana, who is from North Bay, says he is thrilled to play closer to home in Powassan.

“It means a lot, playing in Sudbury last year I had to move away from home and I am fortunate enough to play in Powassan this year close to home,” said Shawana.

“I hope to bring hard work to the Voodoos this season, win games and hopefully score a few this year.”

Shawana was also a free agent invite by the North Bay Battalion to their spring orientation camp where he had a solid showing.

“It is always exciting when you see a kid midget go up to a camp like that and excel at it,” said voodoos head coach Max Gavin about his performance at the Battalion camp.

“That means as the competition steps up so does he. Sometimes you cannot track the transition that kids have and hopefully that was an early indication of how he will translate to the junior hockey game so we are excited to have him.”

Brett will join the other Voodoos players and prospects at their next summer camp on July 27th and 28th in Powassan.