Say was named the first star with his impressive numbers from February
0
Mar 20, 2020 8:22 AM By: BayToday Staff 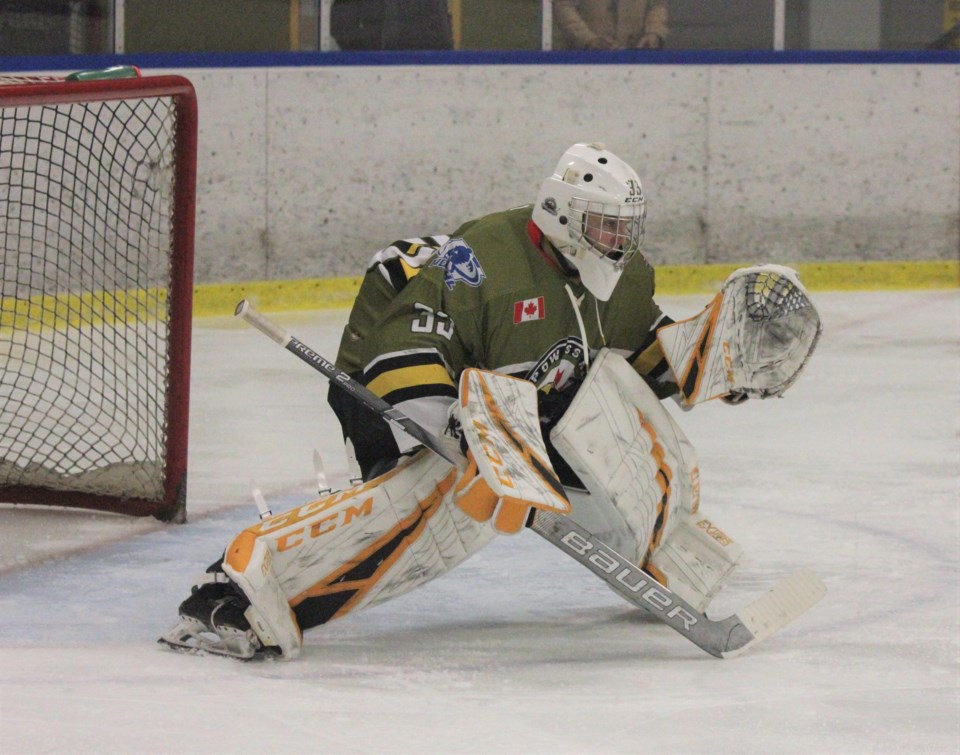 Powassan Voodoos All-Star goaltender Owen Say was recognized by the Canadian Junior Hockey League as one of the Gongshow Gear three stars for February.

Say was named the first star with his impressive numbers from February.

Making seven starts during the time frame, Say won each of them going 7-0 while helping backstop the Voodoos to first place regular season title in the NOJHL. Along with the seven victories, the 18-year-old London, Ont., product posted a 1.84 goals-against average and recorded a solid .949 save percentage.

Say’s efforts throughout his initial campaign in the NOJHL saw him named a first team all-star while pacing all league netminders in wins with 31, finishing tops with a save mark of .941 and being third overall in average at 1.90.

The London, ON product was also a member of the Team Canada East side that mined a silver medal at the most recent World Junior A Challenge.