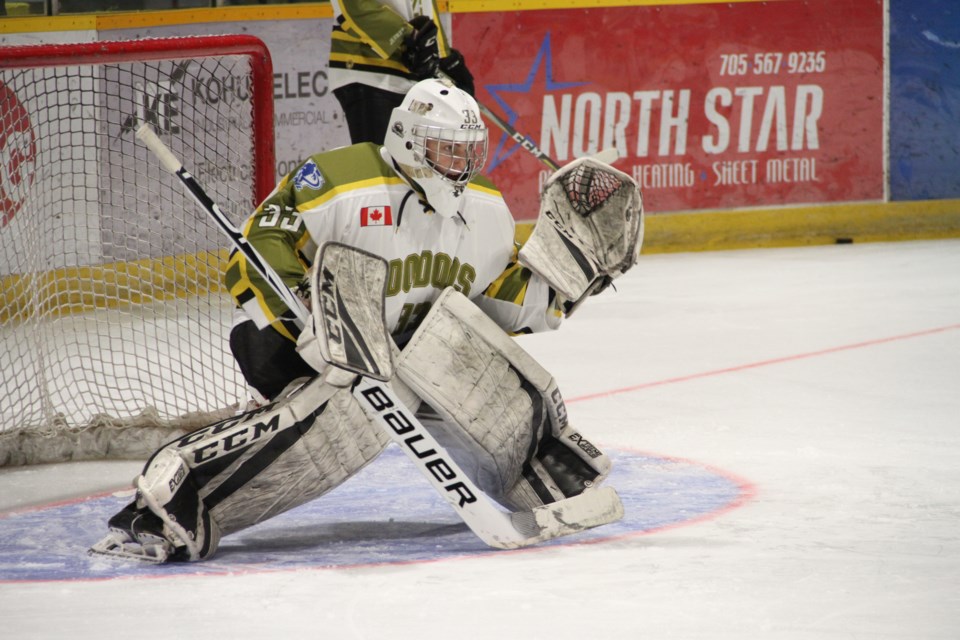 Powassan got the only offense they needed in the triumph during a 47-second span in the opening stanza to gain an early lead.

Gabinien Kioki put the Voodoos in flight 9:32 into the contest, during a man advantage opportunity, then doubled their cushion less than a minute later as Joe Whittet collected his fourth marker of the campaign.

Recently reacquired forward Tomas Yachmenev made an immediate impression in his return to the club as he notched the lone tally of the second stanza as he put the visitors up by three at 12:59 as they carried that cushion into the final frame.

In the third, Powassan put the game away as Parker Bowman scored for the fourth time on the season as his power-play effort at 12:31 helped seal the outcome.

Cochrane goaltender Zach Wickson faced 39 attempts for the Crunch who suffered their first defeat, slipping to 2-1.