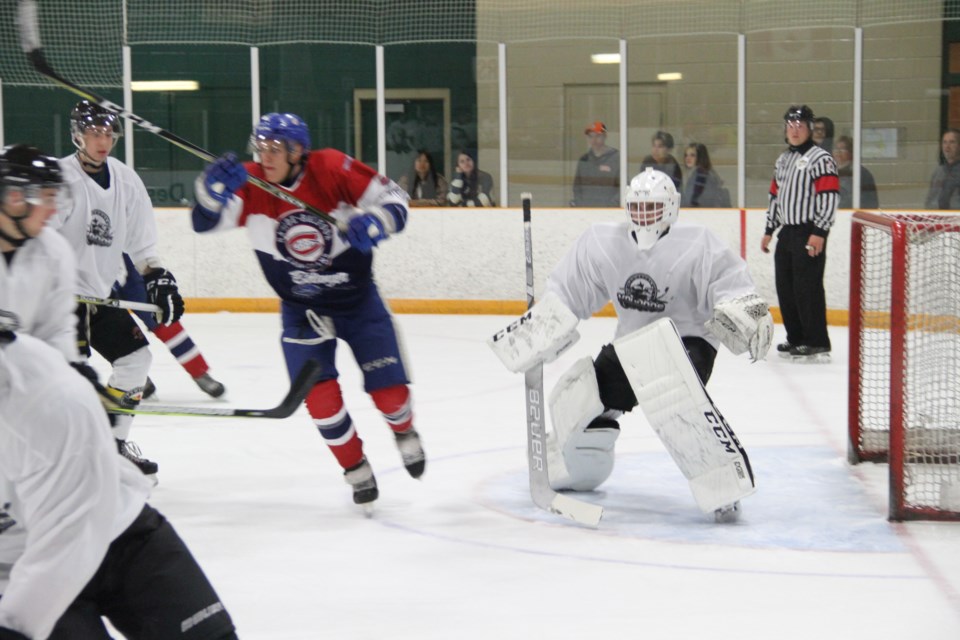 The Powassan Voodoos broke open a 3-3 tie with four unanswered third period tallies en route to a 7-3 win over the Rayside-Balfour Canadians at the Countryside arena in Sudbury in pre-season NOJHL action Friday night.

Gregory Trudeau-Paquet and Gabby Kioki each had two goals for the Voodoos with singles going to Parker Bowman, Kaleb McHugh, and Dylan Gajewski.

Luke Greenwood and Owen Say shared the duties in goal with Say, who just returned from Niagara IceDogs camp, playing the second half and getting credit for the win.