'We like the compete level of the players out there and that will be something we will be looking for as we continue to look at improving and building our roster for 2019-20'
0
Apr 21, 2019 3:25 PM By: BayToday Staff 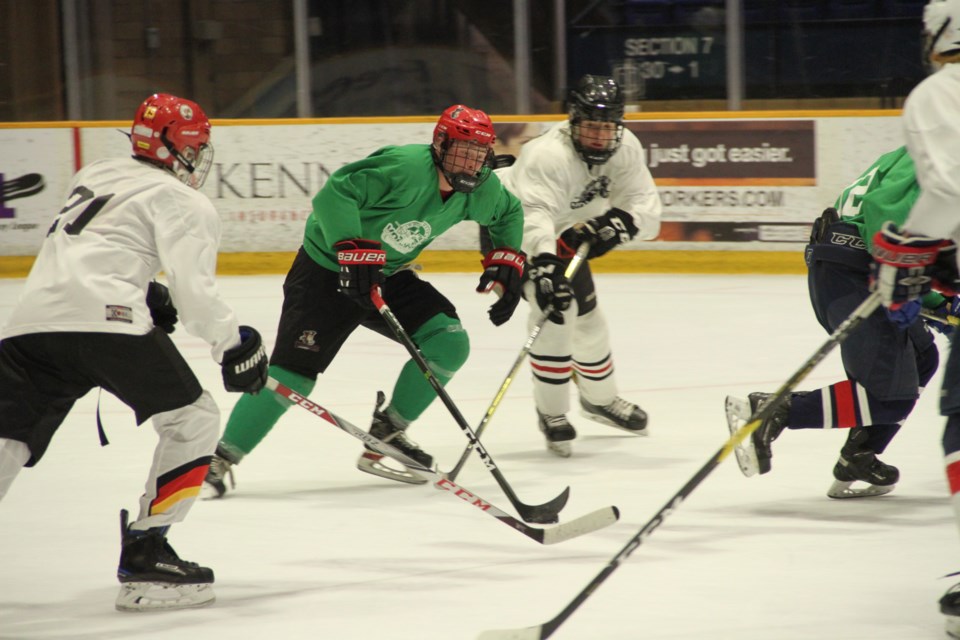 The Powassan Voodoos wrapped up their first camp as they look to build for the future.

The Voodoos, who were eliminated in the NOJHL semi-finals by the Hearst Lumberjacks a few weeks back, brought in close to 30 players looking to catch the eye of Voodoos hockey operations staff during the two-day camp which took place at Memorial Gardens this weekend.

“We would like to thank all the players and families who took the time to come to the camp this weekend,” noted head coach Max Gavin.

“We couldn’t be happier with the hard work and talent that was out there. Great job by all. Safe travels and happy Easter to everyone.”

While the Voodoos had a young team in 2018-19, Voodoos GM Chris Dawson believes there could almost a 50 per cent turnover from this past season to next fall which includes graduating players Cameron Moore, Rico Rossi and Dakotah Woods.

“We really like the talent we saw on the ice this weekend.  The depth on the back end was real good and many of those who attended have gotten the invite to our main camp,” said Dawson.

“I think we like the compete level of the players out there and that will be something we will be looking for as we continue to look at improving and building our roster for 2019-20.”

Dawson credits the Voodoos scouting, coaching and training staff for helping make the weekend event such a success.

The Voodoos will open their main camp in late August in Powassan.