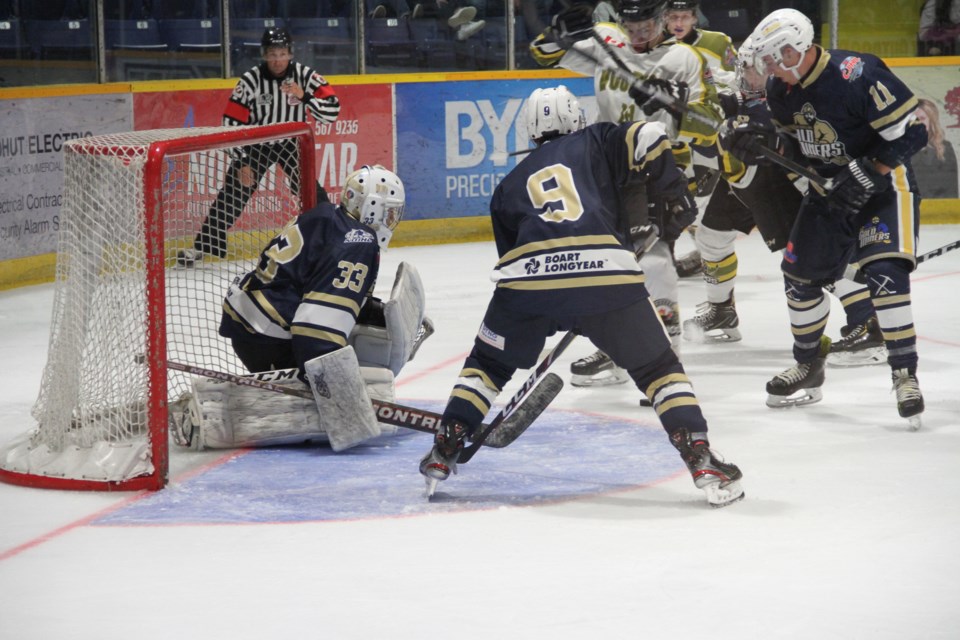 The Powassan Voodoos offence was unstoppable on Friday night in an 11-1 win.  But on Sunday afternoon the Voodoos high powered offence could not find the back of the net.

Kirkland Lake Gold Miners goaltender Kohl Reddy was perfect in making his Northern Ontario Junior Hockey League debut Sunday as he stopped all 25 shots he faced in blanking the Powassan Voodoos 4-0 at the Joe Mavrinac Community Complex in Kirkland Lake.

The Gold Miners picked up the only tally they would require in the contest in the first period as former Voodoos forward Samuel Bourdages finished off the work of line mates Cameron Neylon and Landis Antonic, who both picked up their first points in the league.

The home side did tack on two more tallies in the middle session to go up by three after 40 minutes on another marker from Bourdages while Connor Van Weelie notched his initial NOJHL goal after that.

Moving on to the third, Kirkland Lake capped off the triumph in the final minute thanks to Camille Marcoux, who also collected his first NOJHL tally, as he put a wrap around into an empty net to round out the scoring at 19:20.