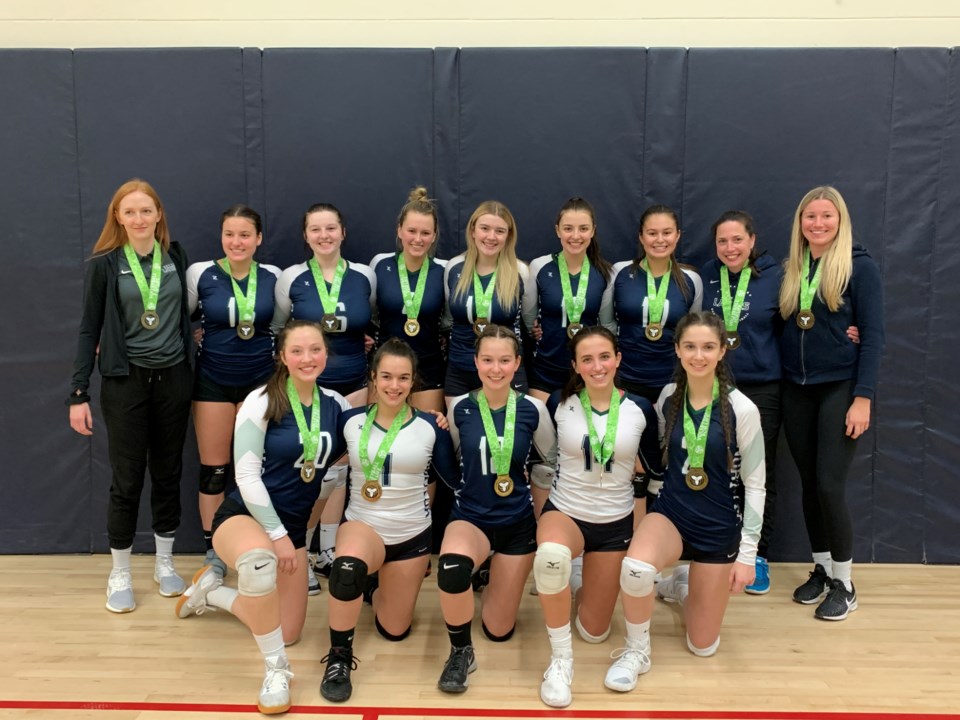 The North Bay U18 Lakers volleyball team took home a gold medal at the Championship C division Provincial Cup tournament over the weekend in Barrie.

The girls went 1-1 in round-robin and placed first in their pool.

They won the crossover in a tight match against the Barrie Cubs and won 15-7 in the third set to move onto medal round.

That victory set the Lakers up for a strong final against the Richmond Hill Thundercats and the girls won 25-16 and 25-21 to capture the gold!