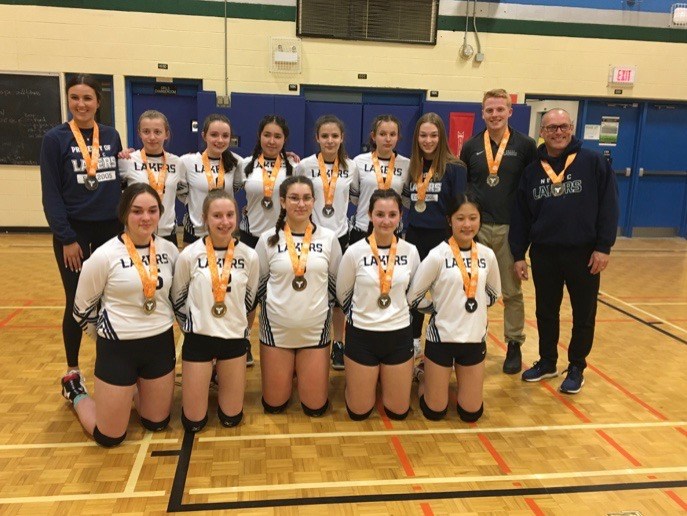 The North Bay Youth Volleyball Club-Lakers U14 White captured silver after being undefeated until the final game of the Ontario Volleyball Association McGregor Cup.