Battalion acquire more experience on their blue line for the playoff stretch.
0
Jan 9, 2017 11:52 AM By: Chris Dawson 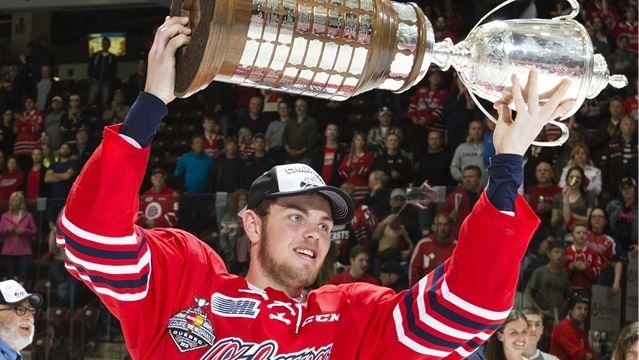 The 19-year-old Lindsay native was a second round pick (21st overall) of the Erie Otters back in 2013.

“He’s a big, strong stay-at-home defenceman who can play against good players on the other team and help bring some stability there,” Stan Butler, Battalion director of hockey operations and head coach told Battalionhockey.com about his newest defenceman.

Templeton, came over in a trade with the Oshawa Generals on Friday but did not dress for any of the three Battalion road games after the trade.

Saban was traded from Erie to Belleville back near the OHL Trade Deadline in January of 2015.

Battalion hand out team awards
May 23, 2020 3:01 PM
Comments
We welcome your feedback and encourage you to share your thoughts. We ask that you be respectful of others and their points of view, refrain from personal attacks and stay on topic. To learn about our commenting policies and how we moderate, please read our Community Guidelines.