Trappers open with a tie at Central Regionals 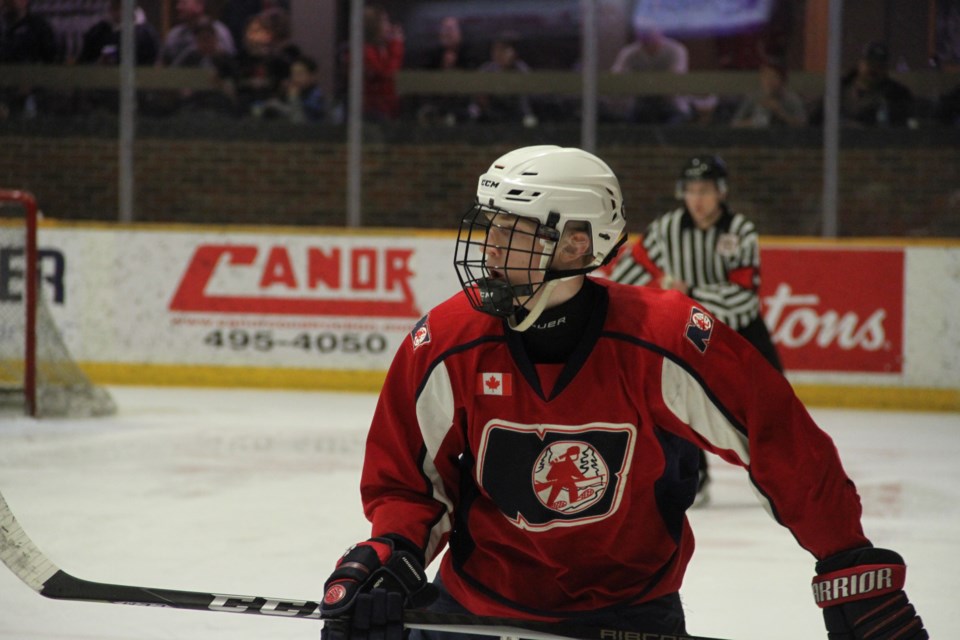 The North Bay & District AAA Trappers opened the Central Regional AAA Championships with a comeback 1-1 draw against the GTHL’s Toronto Young Nationals in Clarington this afternoon.

Battalion prospect Jesse Kirkby netted the equalizer in the third period for the Troops, Reece Proulx, also a 2018 Battalion pick, made 30 saves in the tie.

Head coach Guy Blanchard felt it was a slow start to the tourney but his club got better as the game went on.

"We expected the slow start, with our long delay but the third period was our best and we had a lot of chances to win," stated Blanchard.

It was a tough match for the Trappers, who had lost twice earlier this season against the Nats.

Plus the Trappers had not played a game in over three weeks.

The Trappers are back on the ice Tuesday afternoon when they face the Elgin Middlesex Chiefs.  Puck drop is set for 3:15 tomorrow at the Garnet B. Rickard Complex in Bowmanville.

The winner of the Central Regional tournament will represent the region at the Telus Cup tournament which takes place at the end of the month in Thunder Bay.