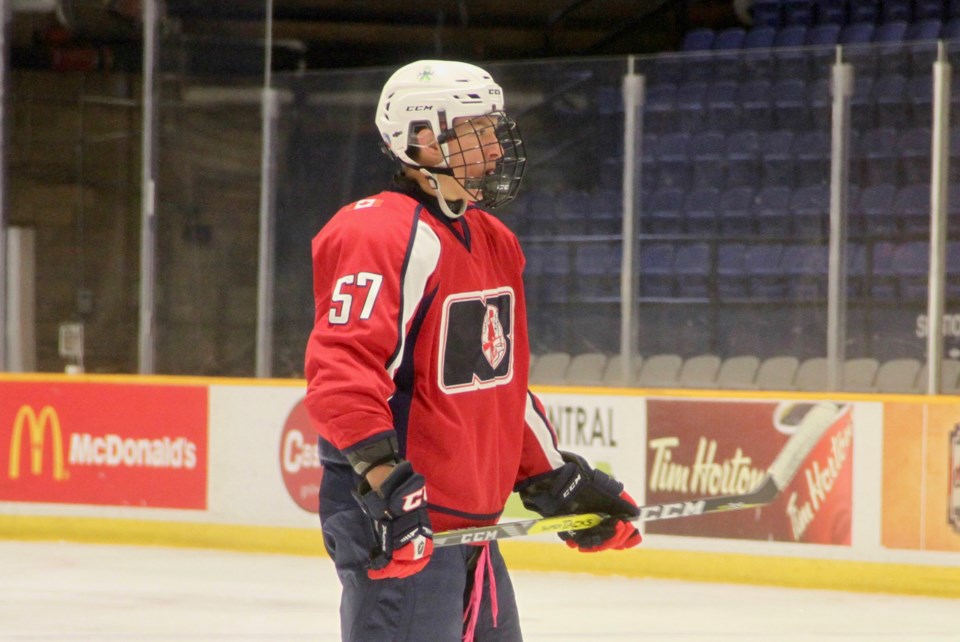 It’s been an exciting year for defenceman Jake Gravelle.

He led the Trappers in scoring from the blue line and led the improved Trappers squad to a bronze medal at the OHF and a first place finish in the Great North Midget League standings.

Today the Mississauga Steelheads, who drafted him in the 12th round (228th overall) of the 2016 OHL Priority Selection, made a commitment to Gravelle.

He was named the GNML’s Best Defenseman and was also named a GNML First Team All Star.  He also played a pair of regular season games as an affiliate with the Powassan Voodoos this season.

Gravelle says he's happy to have signed with a great organization.

"Everyone from the GM down are super friendly and easy to get along with," said Gravelle, who celebrated his 17th birthday on Monday.

"It goes to show you it doesn't matter where you're from or what round you get picked in - or if you get picked at all - if you put the time in, anything is possible but I know that the work has just begun. I am looking forward to main camp now and fighting for a roster spot."

“Jake has shown great improvement over the last two seasons. His competitive nature and passion for the game will help him to quickly transition to OHL hockey. The Steelheads are very excited that Jake has chosen Mississauga to continue his hockey development.”

The Steelheads begin the OHL final against the Erie Otters on Thursday, May 4th.