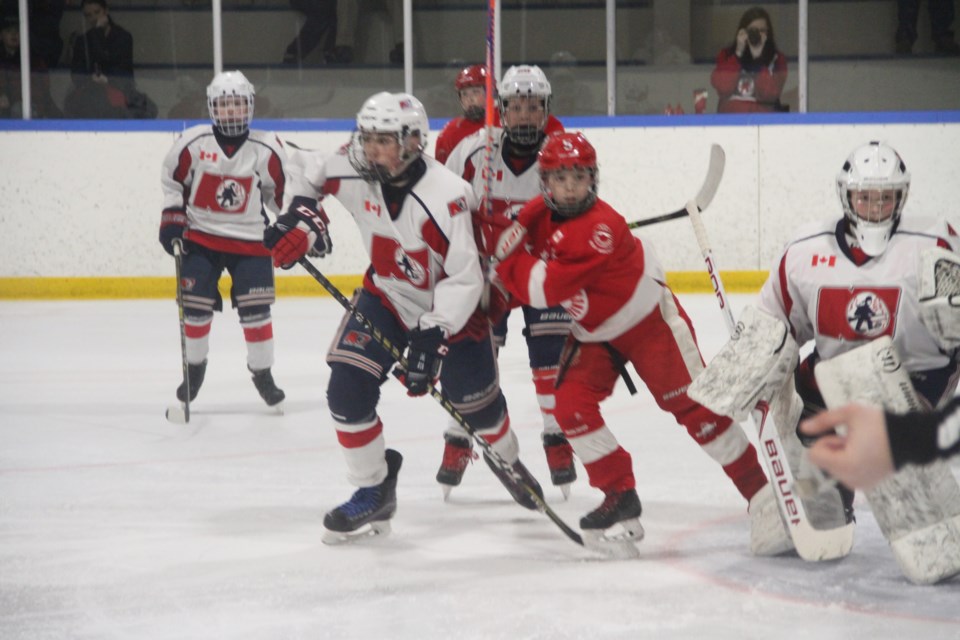 The North Bay Minor Bantam AAA Trappers are hoping for a big win on Saturday in the fifth and deciding game of the NOHLAAA final against the Soo Greyhounds at 1 p.m. this Saturday in Powassan.

With the series squared 1-1, the Trappers took game three on Saturday from the Hounds 4-2 on Saturday to take a 2-1 series lead.

In game four on Sunday, the Greyhounds built up a 4-1 lead only to see the resilient Trappers battle back and force overtime where the Greyhounds came up with the series extending goal in a 5-4 OT win to face a game five this coming weekend.

The North Bay Hopper Buick/GMC Trappers fell 6-2 at the hands of the Nickel City Sons on Saturday giving the Sons a Major Peewee AAA championship by winning the best-of-five series in three straight.

The Trappers lost a pair of games up in Sudbury by the score of 4-1 and 2-1 the weekend before which led to the sweep.

Trappers forwards Nate Gravelle and affiliate Atom Thususka had the only goals in the game three loss.

The North Bay Minor Peewee AAA Trappers came into the weekend with a 1-1 record after a split in Sault Ste. Marie the weekend before but ended up losing the series 3-1.

On Saturday, the Greyhounds beat the Trappers 4-1.  Hudson Prisco-Duquette had the only goal and Owen Heroux suffered the loss in goal.

On Sunday, the Trappers tried to force a fifth and deciding game but fell 4-3.  Owen Head, Rowyn St. Louis and Simon Toupin had the goals.