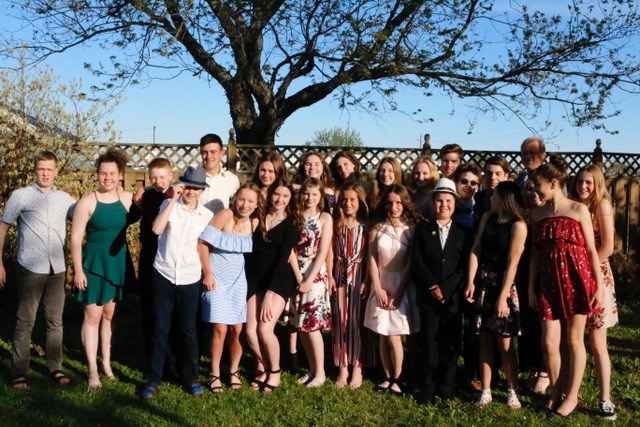 The CT33 Thunderbird 2019 Awards Banquet was held June 7, as numerous awards were handed out to deserving athletes.

Timothy Corbeil received the Most Improved Swimmer trophy which is awarded to the swimmer who showed the most improvement from last season to this season. Timothy demonstrated perseverance and a desire to improve during practices and swimming competitions.

The Top Swimmer trophy was awarded to Jenna Wall who achieved the top cumulative FINA scores showcasing her talent, performance; desire to improve her swimming skills and achieving the highest level during the swimming competitive season.

The Coaches Trophy was awarded to Grace Hong who demonstrated perseverance, the willingness to improve by using coaching feedback and showed superb sportsmanship during practices and swimming competitions.

Sydney Doidge received the Jenipher Duguay Award for showing great leadership and had a positive attitude during practices and swimming competitions. Sydney displayed team spirit and contributed to the fun and encouragement of all swim team members.

The Paula Palangio Award was awarded to Kelly Hammond. Kelly showed exemplary service to the swim club in the capacity of President. His contribution, time devoted to the development and functionality of the Thunderbirds Swim Club were appreciated.

Guskov eager to help young Battalion
Jun 2, 2020 6:00 PM
Comments
We welcome your feedback and encourage you to share your thoughts. We ask that you be respectful of others and their points of view, refrain from personal attacks and stay on topic. To learn about our commenting policies and how we moderate, please read our Community Guidelines.