Owen Baas, 10, and team mate Brody Marietti, 14, led the team, capturing six first place finishes in their events over the course of the weekend
0
Dec 5, 2018 8:41 AM By: BayToday Staff 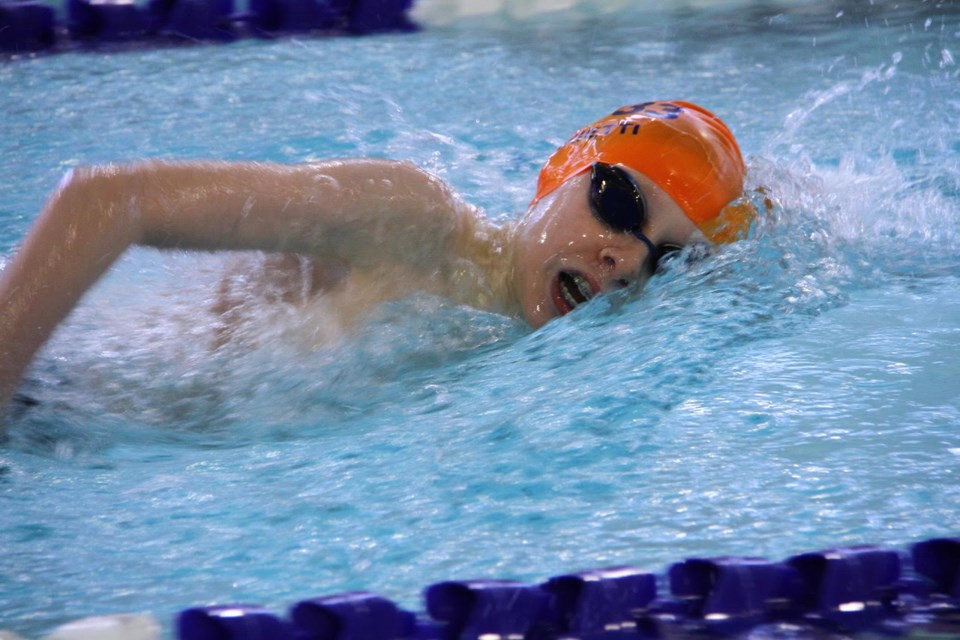 CT33 Thunderbird swimmers competed against teams from across Northeastern Ontario at the second NEOR Developmental meet held at the North Bay YMCA this past weekend.

This Swim Ontario sanctioned event was hosted by the North Bay Y Titans.

Owen Baas, 10, and teammate Brody Marietti, 14, led the team, capturing six first place finishes in their events over the course of the weekend.

Swimmers with top 10 finishes were Meghan Norman, 15 and Rachelle Ouellette, 15.

Meantime in Sudbury, three CT33 Thunderbird swimmers aged 12 and under competed against teams from across Northeastern Ontario at the first Top Fish Meet of the season in Sudbury on the weekend.

The Swim Ontario Sanctioned event was hosted by Nickel City Aquatics at the Gatchell pool.

Personal best times were recorded by a majority of CT33 swimmers.

North Bay coaches Pierre Simard, Penny Lecour, Hillar Lainevool and Elle Louise George said they were pleased with the results from the meet and the success and growth of all swimmers.