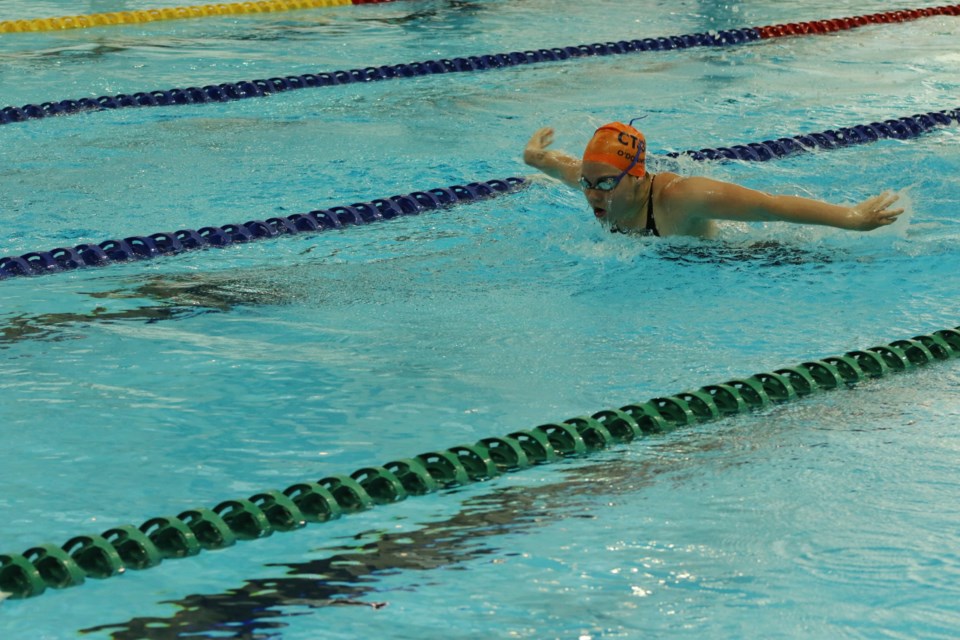 The CT33 Thunderbirds swim team competed at the Jeno Tihanyi NEOR Huronia Long Course Championships this past weekend at the Olympic Gold Pool at Laurentian University in Sudbury. The event was hosted by the Sudbury Laurentian Swim Club.

On May 25th to 27th CT33 Thunderbird Swim team members competed at the Ontario Team Challenge in Markham. This team championship event was hosted by the Whitby Dolphins at the Markham PanAm Centre Pool.

Several club records were broken at this event.

Thunderbirds at Fred Rams in Timmins

North Bay coaches Pierre Simard, Penny Lecour, Hillar Lainevool and Jennifer Piper said they were pleased with the results from the meets and the success and growth of all swimmers.