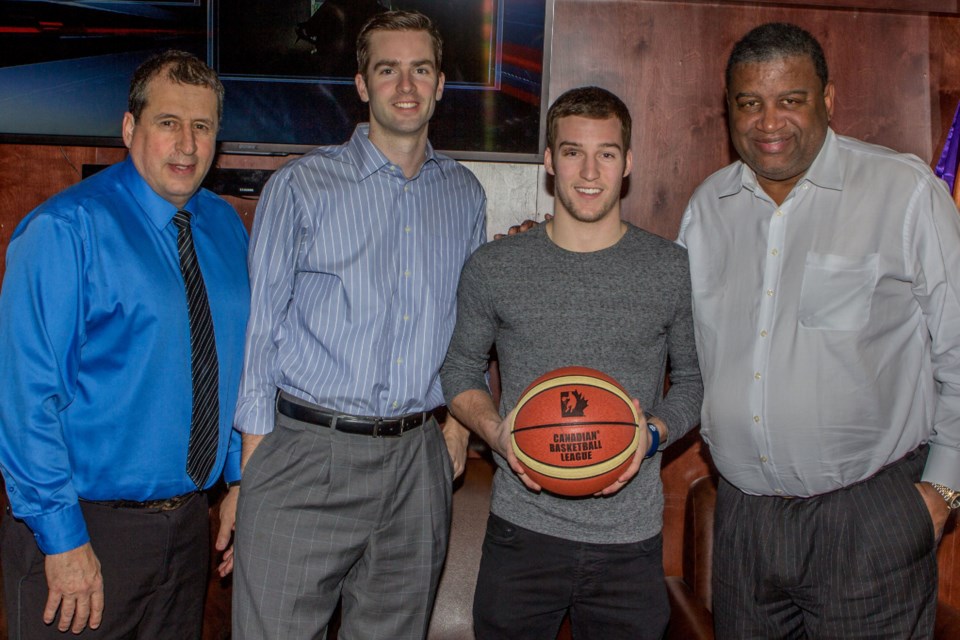 The biggest and best high schools in the province begin their quest for the triple “A” basketball crown.

St. Joseph-Scollard Hall will represent our region and the top seed this year are the St. Benedicts Saints from Cambridge.

North Bay has hosted OFSAA basketball, but never triple “A”.

On Sunday, players and coaches attended a banquet, where former Raptors head coach, Butch Carter, was invited as guest speaker.

His message to them was about the opportunities that basketball has given him and how it can impact their lives in a positive way.

“Basketball built me to be an optimistic person and there is always a chance for me to make a change and to grow," Carter said.

"Basketball provides for young Canadians an optimistic mindset and that mindset is extremely powerful and overcoming everything in life."

He estimates there are ten times more people playing the game in Canada since he left the Raptors more than a decade ago.

“It changed because the training is better and the also the last twenty years the gymnasiums that the Canada has built at all levels from new high schools, colleges, universities, so the facilities are a lot better than they used to be."

So with better facilities, you get better and more opportunities.

One example is North Bay’s Joey Puddister, who now plays for coach Carter in Scarborough.

Puddister began his basketball roots at West Ferris and played for Canadore College and Nipissing University.

Former West Ferris coach, Larry Tougas, is helping run the OFSAA tournament and helped facilitate the visit of coach Carter through his contacts with Puddister.

Both led the Trojans to the OFSAA double A tournament.

Tougas says basketball fans should come out to see some of the best players in the country.

“You’re going to see the best brand of basketball in the province with players being recruited for the NCAA and CIS respectively,” said Tougas.