'The Executive unanimously decided not to field a team next season and not continue with the operation of the organization'
Dec 7, 2017 4:00 PM By: Chris Dawson 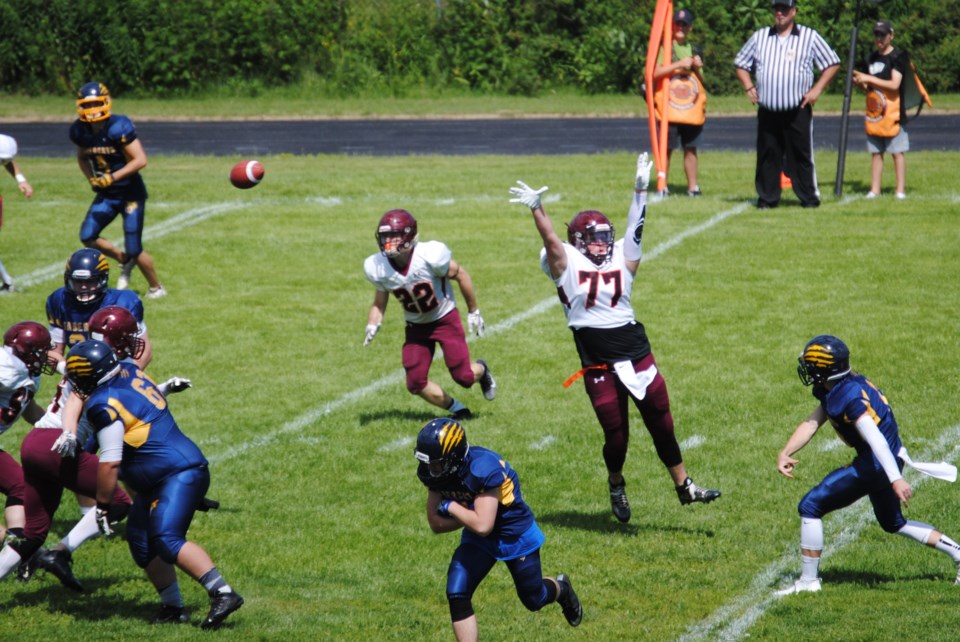 Junior Football is taking a step back in the city of North Bay.

The Nipissing Wild, which came into existence back in 2010, have announced today that they are ceasing operations after a 1-5 season in 2017 in the Varsity Ontario Football Conference.

“Following the 2017 season in the Ontario Football Conference, the Nipissing Wild Executive conducted a review of the current season with discussions regarding the direction of the club going forward,”  stated Larry Tougas, President of the local football club in a release.

“The Executive unanimously decided not to field a team next season and not continue with the operation of the organization.

“The Nipissing Wild Football Club would like to thank all past and present members of the Executive, Sponsors, Coaching staff, players, and parents for their outstanding contribution and support to our team over the years,” concluded Tougas.

The Wild organization provided development to in the summer months to supplement the high school season as it was described as a program that provided 17 to 19-year-olds to play competitive club football at the provincial level.

The Wild have worked as a sole entity in football while the North Bay Bulldogs offered programs for players up to the junior varsity  level.