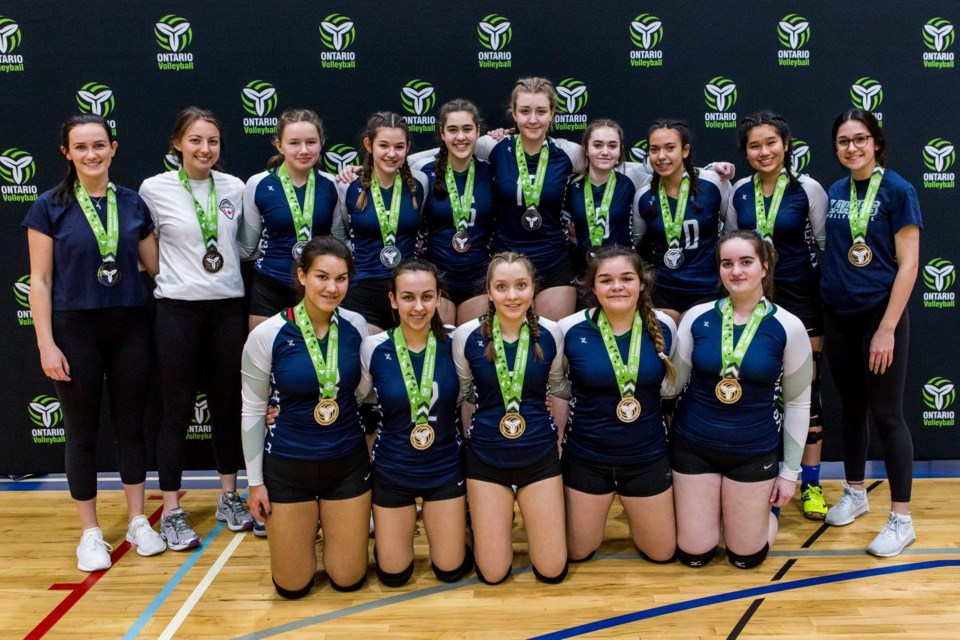 From April 14 to 16 the North Bay Youth Volleyball Club Lakers 15U Girls competed at the 2019 Ontario Volleyball Association, Ontario Championships.

The three-day tournament was held at Rim Park in Waterloo with 32 teams competing in Division 4.

The energy was high and the girls started Day 1 strong finishing 2nd in their pool, by defeating the Galaxy Solars. Despite losing their 2nd game against Northern Chill black they finished the day with another win against the Maverick Sharks.

Day 2 proved a little more challenging for the girls in Power Pools, losing all three games against the EVP Eagles (in three sets), the Waves Blue and the Kawartha Krushers Heat (in three sets.)

On the morning of day 3, the girls entered Rim Park with strong minds, determination and great team spirit pulling out a victory against Orillia Suns Solar Fusion in the quarterfinals match (25-16, 25-21) sending them to semi-finals.

The Lakers continued to push and persevere, winning their semi-finals match in two sets against the Georgian Bay Vista (25-23, 25-13).