Over 30 athletes from the NDA conference travelled to Guelph on the weekend to compete against some of the best teen athletes in the province.
Jun 12, 2019 8:00 AM By: Kaitlyn Fitzpatrick 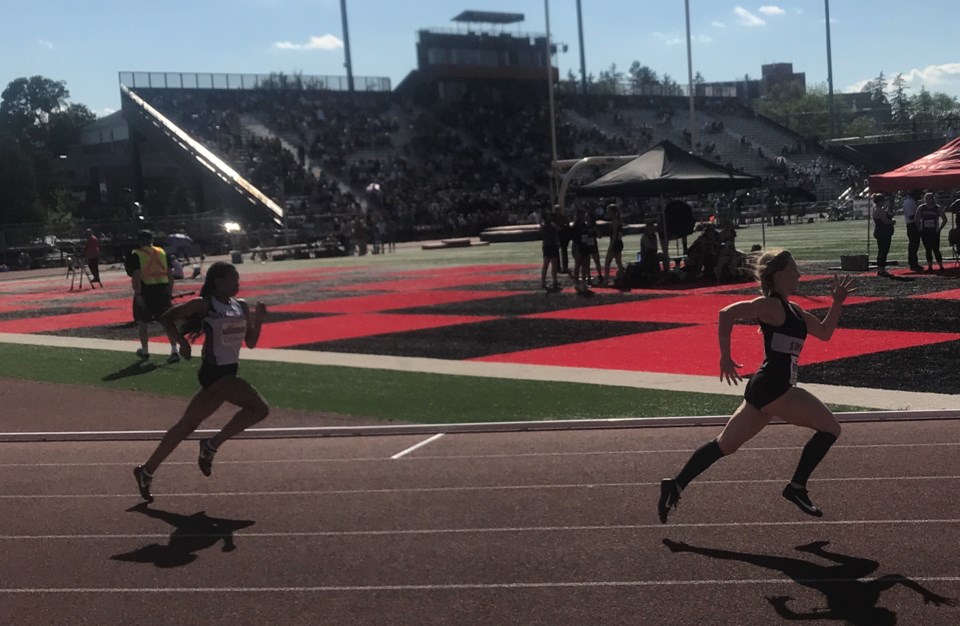 Janae Hardware, a grade 10 student from Widdifield, competes at OFSAA in Guelph. She came 5th in the 300m hurdles event.

Over 30 athletes from the NDA conference travelled to Guelph on the weekend to compete against some of the best teen athletes in the province.

Situated on a quiet and lush campus with a sprawling green-space and ample free parking, The Guelph Gryphons provided the ultimate stadium venue for Track and Field athletes. Sunny skies, low wind and bearable temperatures prevailed, granting athletes a perfect opportunity to shine.

Many local athletes achieved personal best results in tight fields. Four local athletes cracked the top ten at the event, demonstrating stellar performances despite being away from home.

The following athletes broke the up ten at the 2019 OFSAA Track and Field Championships:

This concludes the season for secondary Track and Field. NDA meets will reconvene next May.