Busy start to 2020 for the North Bay Titans 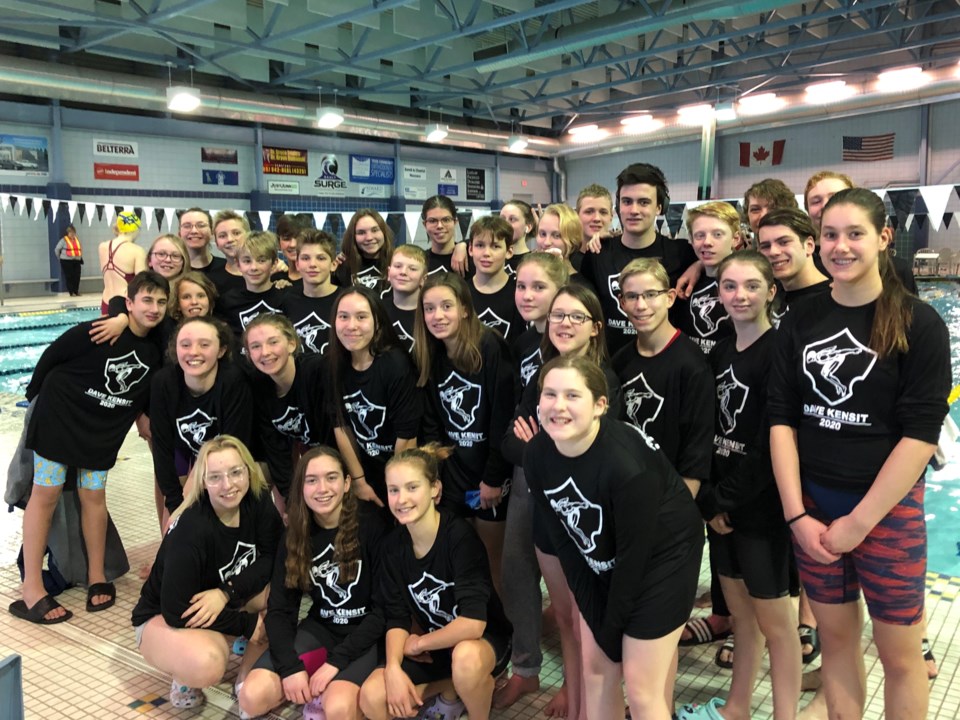 It has been a busy start to the new year for the North Bay Titans.

Former Olympian and long-time Titan Dominique Bouchard was back in North Bay for a head-to-head clinic on Saturday, January 25th at the YMCA Pool.

"It was a special event with this being the first time Dominique led a Head-to-Head clinic at her childhood pool," said Titans head coach John Mcleod.

"Seeing some of her old photos really connected our current Titans to her history with the club."

The Titans inaugural Dominique Bouchard Invitational swim meet is coming up at the end of February.

Also new this year is the Masters program for adult swimmers.

The program is going into its fourth week, with 12 excited participants, which is more than expected.

"We still have room to grow and we have a vast range of abilities from stroke correction to swimmers interested in competitions, which is fun for me as a coach," said Mcleod.

Registration is ongoing and the hope is to grow the program over the next few months.

The Titans took part in the Dave Kensit Regional Championship swim meet in Sault Ste Marie at the end of January, with nine club records broken.

Gold medalists included Owen and Robby Baas with three each, Brooklynn Bayliss with two and one each for Timothy Corbeil, Drew Stephenson and Jenna Wall.

The event was a points-based competition, with part of the team's success due to these medalists.

"I was proud that we had the most amount of swimmers in the toughest events. Because of that, we were in first place after day one of the three-day competition," says Mcleod. "Thirty-three Titans competed and team spirit was at a season-high."

"Looking to next year, we're only graduating one swimmer while there are many more moving on from other clubs, which builds excitement for the regional championship in 2021," he says.

The boys placed second with 480 points, less than 150 points back of the top spot, held by the overall winners Sudbury Laurentian Swim Club.

Owen Baas will be going to Windsor Feb. 22-23 as the club's 12 and under representative.

From March 5-8, Titans Jenna Wall, Samuel Denomme and Sheldon Kilroy are competing in Etobicoke at Ontario Swimming Champs, while at the same time Julia Rivet, Chloe Popp and Ayden Michaud will be racing in Markham at the Ontario Youth-Junior Championship.

After that, the fastest event of the year, outside of the Olympics, is coming up at the end of March.

The Olympic Trials are being held at the Toronto Pan Am Centre.