Battalion looking for impact from its Russian import pair 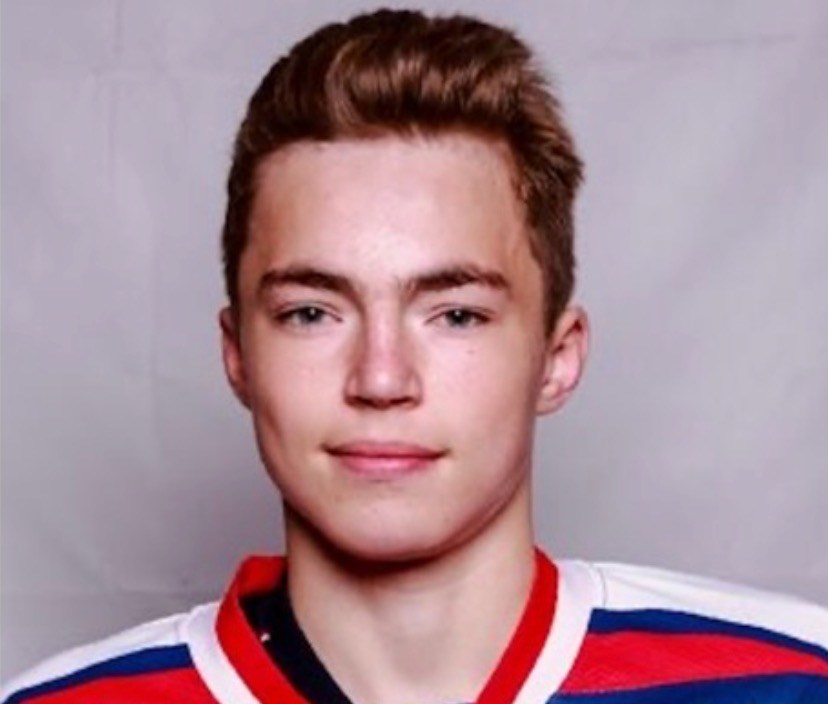 It could be the best import tandem the Battalion have had since arguably their first season in North Bay. During the 2013-14 season, Alex Henriksson and Vincent Praplan combined for 30 goals and 81 points.

Since then, the European contingent of players that have followed suit have not been able to replicate that kind of production.

While Adam Thilander put together a couple of very good seasons on the blue line with 35 points in 2016-17 and 42 points the following year, the Troops have been searching for that One-Two European Punch for the last several seasons.

And they may have just found it by doubling down on a pair of Russian forwards.

The 19-year-old Matvey Guskov was acquired in a trade with the London Knights in June, while the 17-year-old Matvei Petrov, was just selected on Tuesday as the number one pick in the Canadian Hockey League Import Draft by the Battalion.

Both Matvei Petrov and Matvey Guskov took part in a Thursday afternoon Zoom meeting and they spoke about the excitement they both have, knowing they will get to play together at the Ontario Hockey League level with the North Bay Battalion as the two have some familiarity with each other.

“He was sitting beside me when I got drafted in Vancouver, by Minnesota,” says Guskov, who was selected by the Wild in the second fifth round, 149th overall, in the 2019 NHL Entry Draft.

Both players are represented by the same sports agency and they were taking part in a skills camp in Anaheim ahead of that draft. That was when they first met, and Guskov says, “I’m really happy he’s joining such a great organization and happy I’ll be playing with him in North Bay. He’s a very skilled player. When I saw him in Anaheim, I was very impressed. He was two years younger than us and he was doing all the things we were doing.

Petrov was asked about his own skill and the way he approaches the game and, speaking through Guskov as a translator, Petrov says, “growing up my favourite player was Pavel Datsyuk. I watched a lot of his games. Last summer when we were in Miami with our agent, we had a chance to talk to Datsyuk. I try to play a lot like him.”

While getting a grasp of the language can be a challenge for any import player coming from Europe, the Battalion is hoping that having Guskov as a mentor will aide Petrov both on and off the ice. Petrov says, “it is going to be way easier to get adjusted with his help,” and then showing a little personality he says, “I’m hoping you’ll help me,” making Guskov laugh.

"Having gone through this myself, I know it is pretty hard to come over and play in another country and speak English," said Guskov.

"Last year in London I helped Kirrill Steklov learn some English. And so, I’m going to do all I can to help Matvei next year.”

It does help the Battalion that Guskov not only speaks the same language as Petrov but is also already proving to be a stand-up teammate by acting as a translator. Although General Manager Adam Dennis says he’ll have a much bigger role on the team during the season,

“He’s a third-year player and he’s going to have an impact on our team," said Dennis.

In two campaigns with the London Knights, Guskov has produced 30 points in back to back seasons. Although he says his requested for a trade out of London had to do with playing time, and in those two years, Guskov had only been able to score one power-play goal. The PP is an area the Battalion expect to use Guskov a lot in the upcoming season, as well as letting him take more draws. He won 56.8% (283/498) of the face-offs he took, which was the third-best mark on his team, and better than any of the Battalion centremen last season, with Luke Moncada topping the Troops at 51.6%.

Guskov previously referred to himself as a skilled two-way forward, one who likes to kill penalties just as much as he likes to see power playtime. The Knights had the top Penalty Kill in the league at 83.8%, allowing a league-low of 37 power-play goals against, when the season ended in March. The Battalion on the flip side saw the PK as an area to improve as they sat 13th in the league, with a kill percentage of 77.1%, having allowed 61 goals against.

If Guskov can bring his maturity and knowledge from that Knights squad north, the Troops are already looking to be improved in a few key areas of the game. Let alone, help bring his fellow countryman up to speed about the Ontario Hockey League, although Dennis says the team will be doing everything, they can to make Petrov feel like he’s acclimating to his new home.

“We have a lot of things set up for Petrov to get a handle of the language such as getting a tutor because it is important that he will be able to do this on his own, and that is a goal of his as well.”

The Battalion are hoping these two can help the team take a step forward in getting back into the playoff picture. They finished last in the OHL standings and with a large group of first year players getting their first taste of the league, both Guskov and Petrov are expected to make immediate impacts when the puck drops for the 2020-2021 season.

“I’m happy to be in North Bay, they’ve got some really good players and I think we’re going to have a great team next year.”

Dennis says, “I think this should bring a lot of confidence to both our players and our fan base, that things are going in the right direction. Both Guskov and Petrov know that there is going to be lots of opportunities for them to succeed here.”

“In my time here, we haven’t had two import players of this magnitude,” Dennis continues.

“We’re really looking forward to them making an impact. We want to be a winning team. We want to put banners in our building and we’ve got an opportunity to compete for those in the next couple of seasons and both these guys know they are going to be a really big part of that for us. We’re looking forward to bringing them into our city and our program.”

For most of the year, the fanbase had accepted the fact that the team was fully committed to a rebuilding year. But after the team made several moves at last years deadline and finished the season with a strong run (6-3-1-0 in their final 10 games played) it has to be considered that the fanbase is already geared up for a more competitive season. The players were asked about the pressure of coming into a new market and being a focal point of that renewed optimism.

Petrov says, “of course there is going to be some pressure being the first overall pick, but I feel like I’m ready for that, and I’m ready for next season.”

“I also want to say thanks to the city and the fans for welcoming me as the first overall pick.”

Guskov added, “there is going to be pressure no matter what, but I’m just working hard in the summer to be ready as soon as possible and I think we’re going to have a great year.”

Dennis says, “pressure situations are the ones you earn. You want to be in them. Guskov, having played on one of the top teams in our league, he has no doubt been in those situations. Petrov has played in some very high-level international competitions, so he knows what that pressure is all about. We believe they will be up for the task.”