The Battalion drops its third straight at the pre-season tourney in Kitchener
0
Sep 1, 2019 5:00 PM By: Chris Dawson 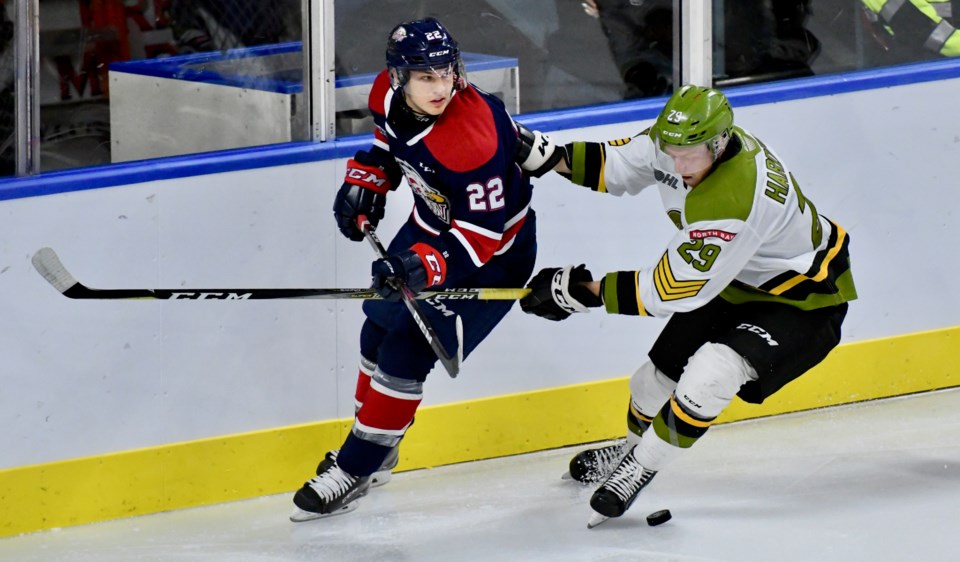 The Saginaw Spirit's strong start to the third period was the difference as they built up a 5-0 lead with three third period tallies and held on to dump the North Bay Battalion 5-2 at the Kitchener Memorial Auditorium on Sunday morning.

Mason Primeau and Mitchell Russell scored goals less than two minutes apart to pull within three late in the third, but that was as close as it would get.

Brady Gilmour and Jake Goldowski had two goals each for the Spirit.  Mason Millman had the fifth Spirit goal shorthanded at 6:44 of the final frame.

Recently signed goalie Christian Cicigoi suffered the loss as he turned away 37 of the 42 shots he faced.

The Battalion finished 0-3 during the weekend tournament in Kitchener.