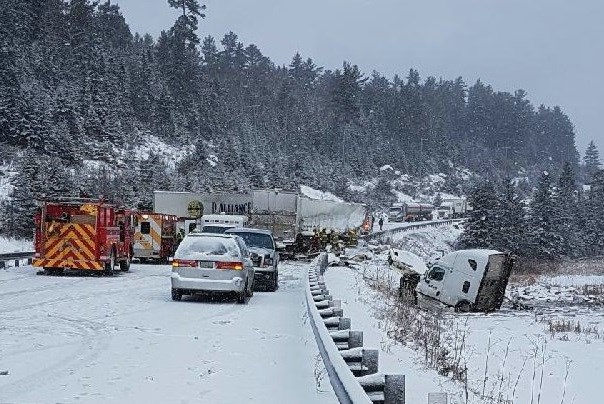 This accident south of Temagami has closed highway 11. Courtesy OPP.

Members of the Temiskaming Detachment of the OPP responded to a fatal motor vehicle collision on Dec. 8, shortly before 9 a.m.

The Temagami and Marten River Fire Departments, the North Bay Ambulance and the Ministry of the Environment assisted at the scene. Two OPP Technical Traffic Collision Investigators are assisting with this investigation.

Highway 11 remains closed, and it is unknown when it will re-open.