Toronto is scaling up doses of the Moderna COVID-19 vaccine to compensate for a delay in shipment of Pfizer-BioNTech shots to Ontario.
Jun 20, 2021 1:11 PM By: Canadian Press 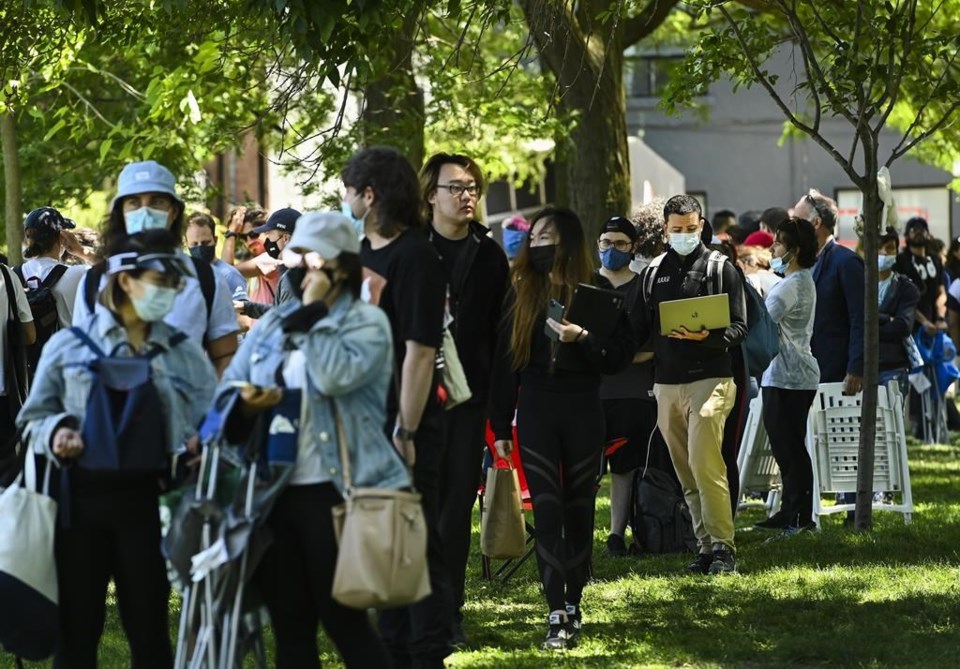 Toronto is scaling up doses of the Moderna COVID-19 vaccine to compensate for a delay in shipment of Pfizer-BioNTech shots to Ontario.

The city says the province's anticipated weekly Pfizer vaccine shipment of more than 162,000 doses destined for Toronto immunization clinics will be delayed.

A representative for Health Minister Christine Elliott says Ontario's Pfizer delivery for this coming week is behind by two to three days.

Toronto says to ensure every booked appointment is honoured at city-run immunization clinics over the coming weeks, public health officials are increasing the administration of Moderna vaccines.

Elliott spokeswoman Alexandra Hilkene says Ontario received over one million doses of Moderna on Friday and will use them to supplement the delayed Pfizer doses around the province.

She says those who've had Moderna or Pfizer for their first dose can safely take either of the two vaccines for their second shot for strong protection.

Officials say Moderna uses a similar mRNA technology as Pfizer and and is interchangeable with it, with Canada's National Advisory Committee on Immunization (NACI) finding "no important difference" between the two.

Pfizer's vaccine, however, is the only one currently approved for use in Canada for anyone under the age of 18. Officials say those in that age bracket who received Pfizer for their first dose will only get that vaccine for their second shot.

Elliott said there were 51 new cases in Waterloo, which reported its first COVID-related death in a fully immunized individual on Sunday.

The region's Public Health and Emergency Services said the woman was in her 90s and was a resident of a long-term care facility currently experiencing a COVID-19 outbreak.

Elliot said there were also 49 new cases in Peel Region, 45 in Toronto, 26 in Ottawa and 20 in Hamilton.

Sunday's data is based on nearly 21,100 tests completed.

Elliott said 184,251 doses of a COVID-19 vaccine were administered since Saturday's report, for a total of more than 12.5 million shots.