WINNIPEG — The mayor of a usually quiet rural Manitoba community says people are on edge and concerned as the search for a homicide suspect moves closer to the Ontario boundary.
Jun 17, 2021 4:54 PM By: Canadian Press 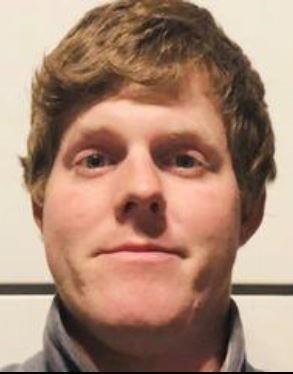 WINNIPEG — The mayor of a usually quiet rural Manitoba community says people are on edge and concerned as the search for a homicide suspect moves closer to the Ontario boundary.

"People who never used to lock their doors are now locking their doors," Debbie Fiebelkorn, the mayor of the Rural Municipality of St. Clements, northeast of Winnipeg, said Thursday.

It's a place where everyone knows each other, Fiebelkorn said. But, she added, Eric Wildman is a stranger to her.

Wildman, 34, is a suspect in the homicide of a neighbour — 40-year-old Clifford Joseph, who has been missing since June 7.

Mounties said Thursday that there is a heavy police presence in the Whiteshell area near the Ontario boundary, after a vehicle Wildman is believed to be driving was spotted there.

Police said a grey 2020 Chevy Equinox was seen Wednesday east of Whitemouth, Man., which is about 80 kilometres from the boundary.

Specialized units including police dogs, air services and a critical incident command are involved in the search.

St. Clements is a geographically large municipality with many farms, cabins and beaches along the southeastern tip of Lake Winnipeg. Its permanent population of just under 11,000 people can nearly double during the summer.

A few weeks ago, fire crews were called to a blaze on Wildman's property.

Images supplied by RCMP from their search of the land showed burned-out vehicles and other debris. They also seemed to show the burned remains of a residence.

Joseph was last seen leaving his home on June 7.

RCMP later found his 1997 Ford Ranger abandoned in a rural area. A search-and-rescue team was sent out, but Joseph was not found.

However, RCMP have said there is evidence he was the victim of a homicide.

Mounties have also said their investigation does not indicate a connection between Wildman and another man who disappeared from the same area a few years ago.

Vernon Karl Otto was reported missing in 2018. His burned-out truck was found but Otto has not been located.

Both missing men lived in the same house but at different times.

Fiebelkorn said people in the community don't believe it's a coincidence.

"I think a lot of the people in the area believe that there is a connection," the mayor said.

Mounties have continued to search Wildman’s property as they attempt to track his movements.

Security footage from last Friday shows a man RCMP say they believe is Wildman being dropped off at the Winnipeg International Airport. The man went to a car rental agency and picked up a 2020 Chevy Equinox.

RCMP said there was credible information about a sighting of Wildman on Tuesday in the area of Lockport, Man., about 30 kilometres north of Winnipeg.

The last sighting Mounties have disclosed was near Whitemouth on Wednesday night.

RCMP have previously said Wildman may have clothing and gear resembling that used by police. Officers found police tactical equipment, patches and other items resembling officer uniforms when they searched his truck on Sunday.

Fiebelkorn said until Wildman is in custody, people in her community won't be at ease.

Even though the suspect was last spotted far away, the mayor said people are on edge knowing a homicide could involve their neighbours.

"Everybody knows everybody and I think they are all depending on each other if anything suspicious is seen or heard."

This report by The Canadian Press was first published June 17, 2021.