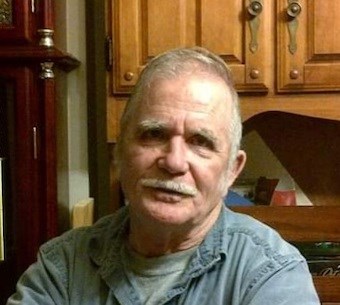 It is with great sorrow that we announce the peaceful passing of Herbert C. Villneff on August 7th at 12:45am, in the Nipissing Serenity Hospice after a day spent with his loving family. Herb fought a long courageous battle with prostate, lymphoma and skin cancer. He was 79 yrs old. Herb has been reunited with his wife of 57 years and love of his life Diana Villneff. He was beloved son of Vireen (deceased), Lucille (stepmom) (deceased) and Stan Villneff (deceased). Loving father of Tracey (Ken), Kelly (Kevin), Herb (Leette), Tammy (Keith) and daughter-in-law Diane. He will be lovingly remembered by his grandchildren, Chris, Jenna (Nick), Teidra (Joe), Matt (Arianna), Delilah, Adam, Isaac, Sara, Isabelle, Alex and by his great grandchildren Camrin and Chloe. Dearly loved brother of Jim, Terry, Diane(deceased), Rick, John (Mona), Pat (Donna), Patsy (Andrew), Jackie(deceased)(Owen), Connie, and Kim (Rick). Herb began his career at the MTO in 1957. After 37.5 yrs working his way up to quality assurance officer in 1993 he retired and began work at Miller Paving. He was manager of quality control for 26 yrs before his retirement in December 2019. He thoroughly enjoyed sharing his knowledge and looked forward to all the seminars he taught at. Other than work, one of Herb’s greatest passions was ringette. He coached many WFRA teams, in particular WFRA rep and U19 teams. He was recipient of the Don Pecore award in 1996 (recognizes a volunteer for years of service to the association and promoting ringette) and of the Lifetime Contribution Award in 2010 (an award for long term volunteer who has made significant contributions to the association and to the sport). Herb was a cherished husband, father, grandfather, great-grandfather, brother, friend, colleague, mentor, coach and community member. He will be greatly missed by those who knew and therefore, loved him. The family would like to extend a heartfelt thanks to Dr Lam, Dr Bowen, Dr Jinnah, the nurses from CarePartners, especially Faith RN, the PSW’s from Paramed, especially Will and Nipissing Serenity Hospice for the kindness, compassion and care. Respecting Herb’s wishes cremation has taken place. Celebration of life will be held at Dinner is Served 540 Lakeshore Drive, Sunday August 16th 12pm-4pm. There is a hall and a patio at this venue. The family would respectfully request that donations in Herb’s memory be made to the Canadian Cancer Society or the Nipissing Serenity Hospice. Arrangements entrusted to Basic Cremation Services 705-476-4444