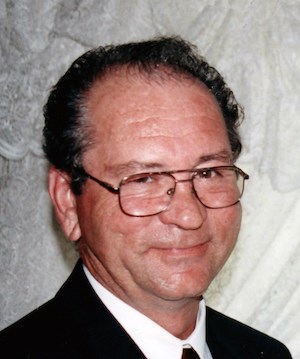 Peacefully, with his wife, daughter and granddaughter by his side, on Wednesday, May 29, 2019 Nipissing Manor, Corbeil. He was 76 years old. Ray was the beloved husband of Gloria (Turgeon) and much-loved father of Monique St. Pierre. He was predeceased by his infant children Maurice, Bernadette and David. Papa will be lovingly remembered by Ashley and Drake St. Pierre and great-grandchildren Alexis and Allie-Ray St. Pierre. Ray was the dear brother of Emilie Ouellette (the late Aurel), Reg (Agnes), the late Lilly Ouellette (the late Etienne), the late Roly (Lorraine, surviving), Aurian (Dorothy), the late Aurel (Georgette, surviving), Lucy (Earl Robinson), Ron (Lorraine), the late Gerry, Lorraine (Don Lagassie), the late Rick (Lori, surviving) and Theresa (Kent Davis). Ray was predeceased by his parents Lea (nee Turgeon) and Aldege St. Pierre. Dear brother-in-law of Louis and Ida Turgeon. Cremation has taken place. The St. Pierre family will receive visitors at the Paul Funeral Home, Powassan on Friday, June 14, 2019 from 7:00 to 9:00 pm. A Memorial Mass will take place at St. Thomas d’Aquin Church, Astorville on Saturday, June 15, 2019 at 11:00 am. If desired, memorial donations to the Alzheimer Society are suggested (online or cheques only please). To make a memorial donation, to leave a message of support for the family, to order flowers, or for more information please call the Paul Funeral Home, Powassan (705) 724-2024