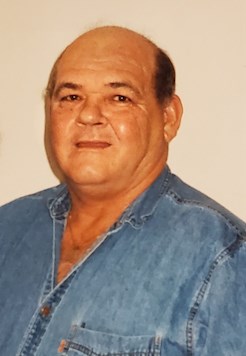 With heavy hearts the family of Gerald Clinton Orton of North Bay, Ontario announce his passing on June 2, 2020 at North Bay Regional Health Center at the age of 77 years after a courageous battle with cancer.

Gerald was born in North Bay, Ontario on June 1, 1943 to Herb and Agatha Orton.

He spent his childhood growing up in Calander fishing at the docks and working odd jobs. It was there that he met the love of his life Thelma Hearn and they married on Feb 2, 1963. They moved first to New Liskeard, Ontario and than to Levack, Ontario to work in the mines and raise their family.

Gerald spent his career as a miner for Inco, often picking up second jobs as a truck driver, janitor, animal control officer and a bingo caller. He operated a fruit and vegetable store in New Liskeard and even tried his hand at farming.

In 1984, the family returned to New Liskeard, Ontario to retire. Gerald was a very social man and could strike up a conversation with anyone. He enjoyed his family and grandchildren, shopping for bargains, long drives, coffee shops, restaurants and trying new things. He was a sports fan of hockey games, the North Bay Centennials, Wrestling, and Football.

He was a helpful man and would often offer his wise advice, time or his ear to those who needed it. With a limited education, he provided well for his family, ensuring they had all they could possibly need. He had a love for politics and world news and was well versed with the times. His sense of humour and playfulness endeared people to him and he had a knack to spin a tall tale every now and than that made people laugh.

In 1997, with the family raised, Gerald returned to his hometown of North Bay where he remained until his death.

Gerald was predeceased by his infant son Ronnie, his father and mother, brothers Sandy and Gary, and many brothers and sisters in law.

The family would like to thank Dr. Toth for his dedication and kindness, the Drs and nurses at North Bay Regional Hospital who provided professional and loving care, the numerous neighbours and friends who have helped in and around the home for the last year doing yard work, preparing meals and providing company.

In keeping with Gerald’s wishes, cremation has occurred and there will be no service. Donations to the charity of your choice would be appreciated.