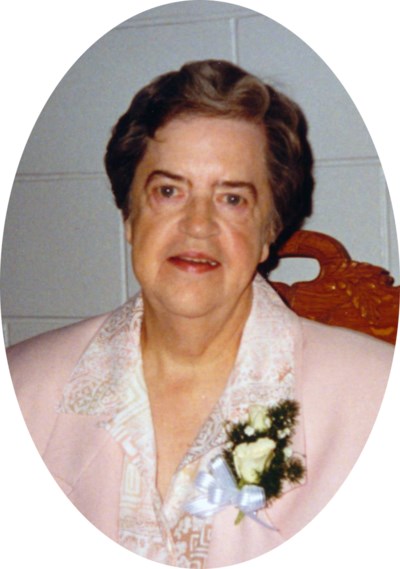 It is with sadness that The Sisters of St. Joseph of Sault Ste. Marie announce the death of Sister Jacqueline O’Brien on February 25, 2019 at St. Joseph’s Motherhouse, North Bay, Ontario.

In 1963, after completing her degree from Ottawa University, Sister Sr. Jackie attended Lumen Vitae in Brussels, Belgium, receiving a Diploma in Catechetics and Pastoral Counselling. It was here that the new insights about the Paschal Mystery and the Cosmic Christ took root in Jackie and became the focal point of her life and ministry.

Sister returned to North Bay where she was supervising principal for the North Bay Separate Schools and later appointed Catechetics Consultant in North Bay and Sudbury.

In the fall of 1966, Sister Jackie completed a Master’s Degree in Religious Education from Fordham University, New York. Sister served as Director of Religious Education for the Diocese of Sault St. Marie from 1967 – 1971. It was during this time period that she hosted a weekly television program sponsored by the Knights of Columbus, entitled ‘To Speak of Many Things’ and worked for the National Office of Religious Education helping to write and edit the first edition of ‘Come to The Father’ Catechism series. Sister Jackie also authored the pre-school program “In the Beginning.”

Following a thirty day retreat experience with the Jesuits in Guelph, Ontario, Sister Jackie worked with her Congregation in the ministry of Spiritual Direction 1971-74, followed by an appointment as Director of the House of Prayer, Mount St. Joseph, Sault Ste. Marie, 1974-1979. It was during a brief sabbatical period in Toronto, 1980-81, that she developed a Program of Christian Spirituality. From 1981-84 she served as parish assistant at St. Patrick’s Parish, Cobalt, Ontario. Sister Jackie was the first Executive Secretary of the Federation of the Sisters of St. Joseph in Toronto 1984-1986. It was during this time that both she and Sister Veronica O’Reilly (Peterborough Sister) co-authored the Sisters of St. Joseph pictorial history, ‘Frontier Women’.

She was then invited to serve her congregation on the leadership team 1986-1990, which was followed by responding to ministry needs at the parish, and offering retreats and spiritual direction. Sister Jackie coordinated the Renew Program in North Bay 1994-1996. Sisters Jackie and Betty Mitchell began Bethany House of Prayer ministry, North Bay in 1997, a ministry offered in an environment that enriched the lives of many women and men in North Bay. Sister Jackie was a woman of stories. She listened well and welcomed those who came to her in search of their meaning and in turn were invited to share their story.

Sister Jackie & Betty relocated to the Motherhouse in 2008, where they continued to provide pastoral presence, direction and counselling.