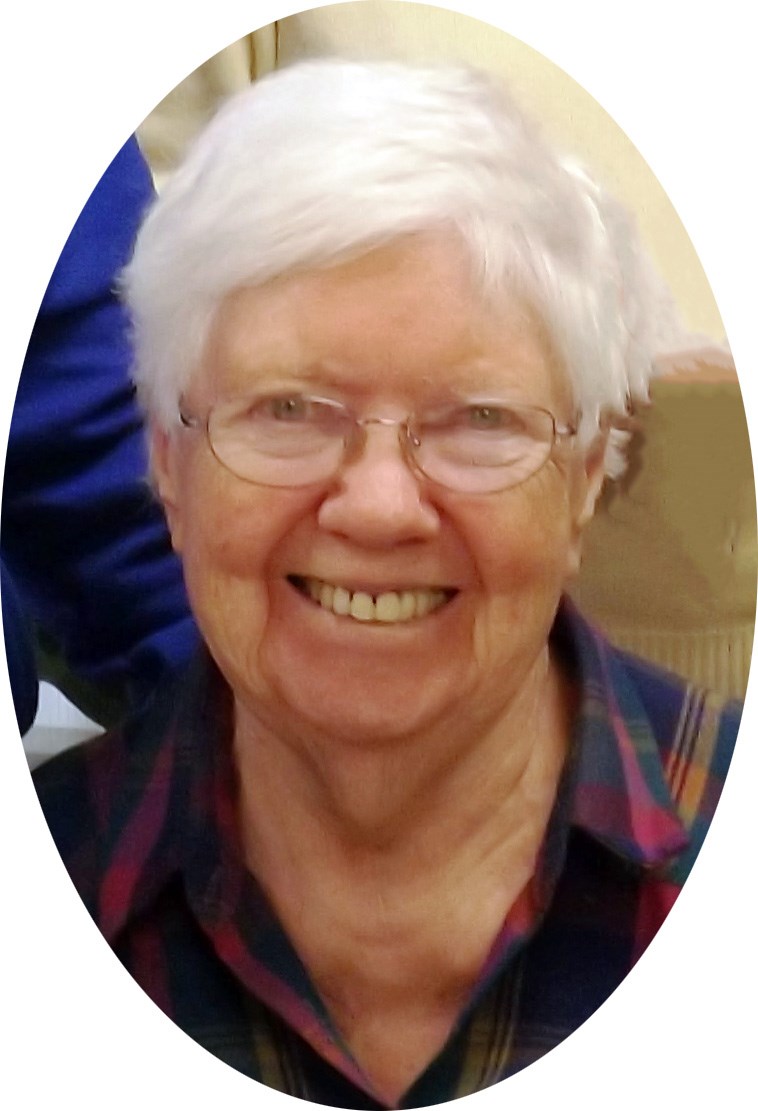 September 9, 1922 – March 3, 2019 - It is with sadness that the Sisters of St. Joseph of Sault Ste. Marie announce the death of Sister Irene Morrow, March 3, 2019 at St. Joseph’s Motherhouse, North Bay, Ontario. Sister Irene Constance Morrow was born September 9, 1922, in Port Arthur (Thunder Bay, Ontario) to Lillian Watty and James Joseph Morrow. The second of ten children, Sister Irene is predeceased by an infant brother and brothers Hugh, Jerome and sisters Lorraine and Dolores. She is survived by brothers Walter and Bernard and sisters Geraldine and Bernice and many cherished and loving nieces and nephews. The James and Lillian Morrow family lived in Hurkett until they moved to Port Arthur (Thunder Bay) January 1, 1948.   Sister Irene entered The Congregation of The Sisters of St. Joseph of Sault Ste. Marie, September 8, 1948, having attained her ARCT in Violin from the Toronto, Conservatory. Following Novitiate studies, Sister Irene achieved her Associate status in Piano Music Pedagogy (AWCM) from University of Western Ontario Conservatory of Music, London, Ontario.  In 1957, Sister Irene was awarded the Ontario Department of Education Music School Specialist for teaching high school instrumental music.  Sister Irene taught music 1951-1966 in North Bay, Schreiber, Sudbury, Fort William and Port Arthur. 1966-67 Sister Irene attended the New School of Music in Princeton, New Jersey, USA and graduated with a Masters level Diploma in Music Pedagogy.  She returned to Canada to teach and be music director at Marymount School of Music, Sudbury and Avila Center, Thunder Bay.  While at Avila Centre 1987-89 as a piano pedagogy teacher, Sister Irene authored a pedagogy program ‘New Directions’ in seven books published by Waterloo Music Company.   Sister Irene was a member of the violin section of the Sudbury Symphony Orchestra, and recipient of the Huntington University, Sudbury, Ontario, Honorary Doctorate of Sacred Letters Award in 1987. Sister Irene served as music teacher at Avila Center, Thunder Bay the Lakehead Community School of Music 1990-1999 and the Art Association Board Thunder Bay and ORMTA councils at local and provincial level.  She adjudicated numerous festivals and competitions, was music examiner for many years, and celebrated with her students their successes and achievements at the local, national and international levels.  Sister Irene was in her 71st year of religious life, she celebrated her 70th (Jubilee) Thanksgiving 2018. The body of Sister Irene will be received at St. Joseph’s Motherhouse, 2:00 p.m., Thursday, March 7, 2019.  Everyone is welcome to join the congregation for an evening Prayer Service at 7:00 p.m., in the Holy Family Chapel.  Mass of the Resurrection will be celebrated at 11:00 a.m., Friday, March 8, 2019.

Memories and Condolences
We welcome your feedback and encourage you to share your thoughts on this story. We ask that you be respectful of others and their points of view, refrain from personal attacks and stay on topic. To learn about our commenting policies and how we moderate, please read our Community Guidelines.