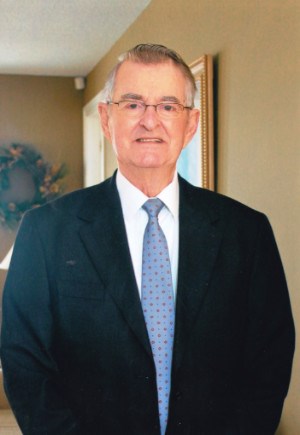 It is with great sadness that the family announces the passing of Clayton at the North Bay Regional Health Centre on Friday June 7, 2019 at 11:25pm, a few days shy of his 82nd birthday. He was the beloved husband of the late Teresa (nee Jockemeck). Beloved father to Daniel Kelly (Diane) of Mississauga and Donna Kelly of North Bay. Much loved grandfather of Alexis Kelly, Eric Kelly, Steven Achtenberg (Demie), Sarah Achtenberg (James) and great grandfather to Colson. Clayton was predeceased by his parents Weldon and Violet (nee Webster) Kelly. He is survived by his Brother Don Kelly (Francoise), and his sisters Patricia Golanowski (Ed), Joan Spence (Brian), and Kathy Gravel (Jacques). Clayton was a Military Veteran having served in The Royal Canadian Air Force as an A.D. Tech.  Cal served overseas in Metz, France, Great Falls, Montana, and a number of radar establishments including Ramore, Sioux Lookout, Senneterre and Sydney, NS. The family would like to thank The Doctors and Nurses of Health Sciences North Cardiology Unit, and the CCU Department of the North Bay Regional Health Centre, with a special thank you to Dr. McKenna for their care and compassion. The family will be receiving visitors at the McGuinty Funeral Home (North Bay) on Thursday June 13, 2019 from 7pm to 9pm, beginning with a sharing of memories at 7pm. If desired, donations are suggested to the Diabetes Canada and would be gratefully acknowledged.