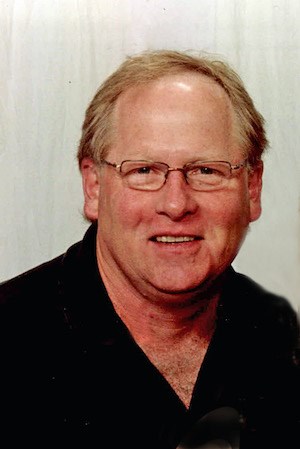 The Hinschberger family sadly announces the unexpected loss of Harley on Wednesday September 4th, 2019 at the age of 63 years. Harley was the proud and loving father of his four daughters, Veronica of North Bay, Samantha (Travis Fuller) of Astorville, Sarah (Yves Duhaime) of Powassan and Elissa of South Algonquin. He was the dear son of Geralda of North Bay and the late Daniel Hinschberger, who predeceased him this past January. He will also be sadly missed by his brothers and sisters, Susan, Cheryl (Guy Armstrong), Lorna, Ann (John Loyst), Hugh and Dale (Dave Webster) He was predeceased by his sister Joan (Andrew Wilson) of Elmvale. He is also survived by Deborah, the mother of his daughters. Harley worked for OPG (Ontario Hydro) for 36 years. He worked in Kapuskasing, Mattawa and Rolphton before retiring in 2018. Harley was a compassionate and generous man. He wore his heart on his sleeve, was always there to help and would do anything he could to help anyone he knew. He was a talented and gifted carpenter. A meticulous craftsman he could turn any material into a work of art. An avid motorcyclist he enjoyed many highway adventures. He will be greatly missed by his friends and family. Please join the Hinschberger family on Tuesday September 10 at the Martyn & Sloan, Mattawa Chapel from
11:00am - 1:30pm to share your Harley stories. A memorial Mass of Christian Burial will follow at St. Anne's Church, 2:00pm. If desired donations to the Canadian Mental Health Association in Harley's memory will be gratefully acknowledged as expressions of sympathy.

Memories and Condolences
We welcome your feedback and encourage you to share your thoughts on this story. We ask that you be respectful of others and their points of view, refrain from personal attacks and stay on topic. To learn about our commenting policies and how we moderate, please read our Community Guidelines.