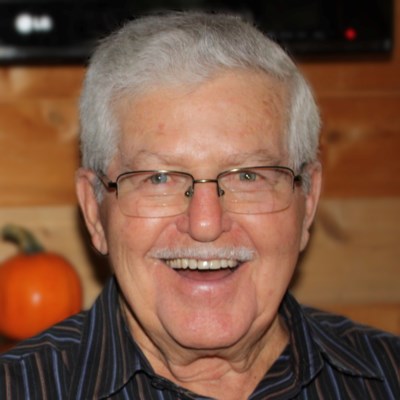 He leaves behind many grieving family and friends. All of these would tell you of his devotion to family and community.

Dan was preceded in death by his brothers Louie, Stan, Norm, and Leo and by his sisters Marg (Martel) and Mona (Belecque), as well as by family on his wife’s side (Fern Robillard, Muriel Quinn, Rolly Blondin). He is also predeceased by his son Mike and grandson Adam.

He was very close to his in-laws, the Robillards. He will be missed by the Robillard clan including Bob and Jeanne, Jim and Susan, Bob Blondin, and their families.

Dan was a treasured uncle to many nieces and nephews, and was connected to many extended family members. He will be remembered as a hard-working, generous man with a great sense of humour and willingness to contribute to community projects. He had many friends and colleagues, and was well known in the community.

Dan lived almost all his life in the North Bay area. Born in Bonfield, he lived his adult life in North Bay, and later built a home in Corbeil on lake Nosbonsing where he “retired”. If you knew Dan, you know he never really stopped working, keeping busy with many projects.

Throughout his life he served his community through the A.C.T. Club, the North Bay Waterfront Development Committee, and Lupus Ontario. More recently, he served 13 years as an East Ferris Councillor where he devoted his time to supporting the food bank, the community television channel, and the creation of a cenotaph. In late 2019, he and Jeannine moved to Ottawa to a retirement residence.

Dan was a prolific videographer and photographer of special days and events, as well as ordinary days in the lives of his family, friends, and community. He leaves this legacy of family treasures that will ease our sadness. His tireless love and devotion to his family were evident to the end. He will be deeply and greatly missed.

To honour Dan’s life, treasure your family, make time for others, serve your community, and find a way to make the world a little better —Dan certainly did. If desired, donations in his name may be made to the Heart and Stroke Foundation.

A Celebration of Life will be announced at a later date.