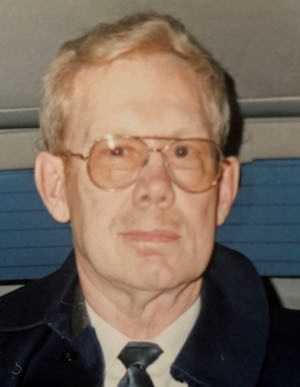 Then Jesus said, “Come to me, all of you who are weary and carry heavy burdens, and I will give you rest.” Matthew 11: 28

John was born to the late Earl O. Buckle and Adeline W. Buckle (Ballard) on Friday April 5, 1935 in Newmarket, Ontario. After graduating from Newmarket High School, he drove a combine in southern Saskatchewan before being hired by the Department of Highways (now MTO) in Ontario. He rose to head the Engineering Audit unit out of North Bay before retiring.

He married his wife, E. Anne (Goode) in 1957. Their union lasted until her death in 2019. He is survived by his three children, David (Laura), Susan (Alan), and Howard (Gayle); grandchildren Chris, Shane, Daniel (Ashley) and Joshua(Teighlor); Cameron (Kate) and Lianne; Jonathan (Niki), Meghan and Emily(Oliver) great-grandchildren Samantha, Jessica, Noah, Joshua, Abby, and Lilly.

John never embraced the digital age, and true to his work ethic learned growing up on a farm , was always happiest with a hammer or shovel in his hand, crafting a project out of wood in the shop or fixing the road at the cottage. He was an avid outdoorsman and a passionate hunter and fisherman. As a younger man, he volunteered with the 4th Brampton Boy Scouts and coached sports. Later in life he gave his time reading and playing cards with the elderly.

John was an active and dedicated member of Nipissing Masonic Lodge No. 420 and a member of the North Bay Scottish Rite.

Special thank you to the staff at the Empire Living Centre, Dr. Abeysinghe and the nurses of C3 at North Bay Regional Health Centre for their compassionate care of dad.

His remains will be cremated and his memorial service will be delayed until after the restrictions for the Pandemic are lifted.  If desired donations to the Canadian Cancer Society will be gratefully acknowledged as expressions of sympathy.  Arrangements entrusted to Basic Cremation Services, North Bay.