‘Resettling as a refugee is depressing and hard’ 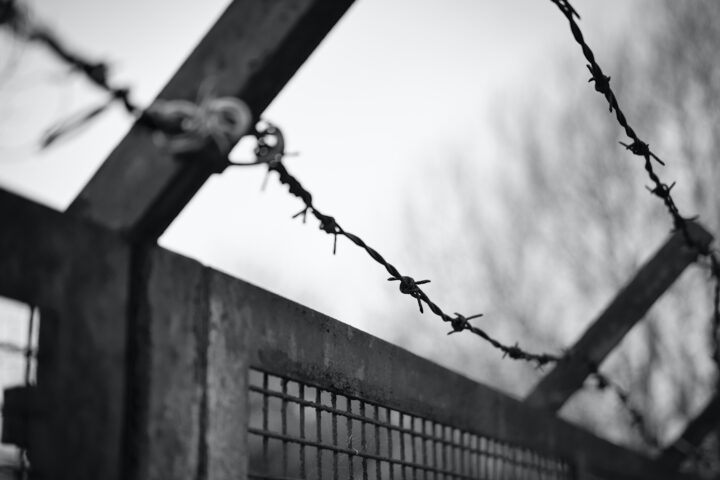 I landed in Toronto, Canada in September 2017 and applied for asylum before an immigration officer at Toronto Pearson International Airport. I had no idea that the asylum application would entail a long and difficult psychological struggle.

Arriving in Canada was a shock. Winter is extremely cold here — almost unbearable. Some can experience seasonal depression during these colder seasons and I vividly remember being confined to my room during my first winter.

With few socialization opportunities, no employment, and no recreational activities — it was a perfect doom and gloom situation, similar to the confinement and lack of social interactions imposed by COVID-19.

However, the primary factor that leads to mental health challenges for an asylum seeker is the application process.

It is long, soul-killing and time-consuming. The painful part is the uncertainty involved, and the prospect of rejection.

In the province of Ontario, it takes up to two years for an asylum application to be processed. Sometimes, the wait becomes so frustrating and stressful that you consider withdrawing your application altogether. Some of my friends withdrew their applications citing struggles with social isolation, loneliness, lack of employment opportunities, and the waiting period.

These questions are significant sources of stress and anxiety. No matter how hard one tries to distract themselves, the questions haunt you, not to mention the added stress from an actual asylum hearing.

Even if you are accepted, there are more challenges awaiting, such as a lack of employment opportunities. Speaking English is certainly a huge advantage, but the English spoken in Afghanistan (my country of origin) is totally different, with an accent that is easily distinguished by Canadian employers. This level of English is never sufficient for employers to hire you. Most people call language incompetency a barrier, but I call it discrimination.

Expecting an immigrant from a developing country mired in four decades of conflict and a broken education system to speak fluent English is extremely illogical and unfounded.

Having a decent job with a dignified income gives meaning, respect, and purpose. When this is absent, one feels frustration, sadness, anxiety, hopelessness and depression. It is quite challenging being forced into a job that does not line up with your expertise. Additionally, it does not help grow professionally nor does it pay you enough. This situation can make one feel worthless, which certainly leads to depression and loneliness.

Another impact on the applicant that is hard to reckon with is the sense of loss. Moving from familiar to unfamiliar and from stability to instability. Part of the painful migration process is that the circumstances that have led to your migration are not of your own making. This makes the entire process very bitter and filled with indignation.

I remember a famous quote from a filmmaker who was forced to flee Afghanistan and resettle in Europe.

He said: “My family, like leaves ripped away from a tree in a storm, was taken from our land and thrown in every direction by outside forces.”

The entire process of resettlement is depressing and hard. It can be emotionally draining, but to have your family to fall back on, especially in desperate times, is very encouraging. I have felt the absence of my family dearly and there have been times that I have gone for long walks to temporarily forget about their absence.

Some assume refugees voluntarily leave their home, family, culture, and emotional supports to benefit from economic opportunities. The economic opportunities that are often cited by xenophobes and anti-immigration forces are almost non-existent. Refugees usually get stuck at the very bottom of the economic ladder earning a meagre amount that can hardly sustain them.

Additionally, it is not just about financially sustaining oneself. Money is needed back home too. In my experience, due to the continued violent conflict in Afghanistan, it is extremely hard to find employment. The unemployment rate there has crossed 30 per cent. Most families in Afghanistan depend heavily on their relatives in Canada and elsewhere to support them financially. This challenge is an added source of stress for Afghan refugees as you have to take responsibility to care for yourself, your family and your extended family.

In reality, mental health problems start from the pre-migration period when you realize that you need to take refuge in a safer place. That realization is filled with tension and stress. Even the process of figuring out all the details of fleeing to somewhere safer takes a heavy toll on your mental strength. En route, some asylum seekers may experience or do unimaginable things that can result in trauma later on.

According to a study done by the Affiliation of Multicultural Societies and Service Agencies of B.C. (AMSSA), newcomers to Canada are generally healthier than the average Canadian. This concept is known as the “healthy immigrant effect.”

The study explains that the effect tends to diminish over time.

“The health of newcomer populations tending to decline and converge towards the Canadian average. The Canadian Medical Association’s clinical guidelines for immigrants and refugees note that forced migration, low income, and limited proficiency in English or French increase the risk of a decline in health and should be considered in the assessment and delivery of preventive care.”

This is exactly what I have experienced as a refugee.

What makes the experience of migrating to Canada so distressing is that no one really cares about you. You are just an unwanted and unwelcome refugee who is presumed to be preying on government benefits without showing any desire to work. Those who indulge in this sort of blame game have no idea about the towering barriers that refugees face in finding a decent job.

After suffering all these hurdles, barriers, discrimination and apathy, I honestly regret coming to Canada, but going back is not an option as my life is in danger. Safety and security in Canada make the economic hardships tolerable, but for how long?

The post ‘Resettling as a refugee is depressing and hard’ appeared first on New Canadian Media.