Concerns about the cost and profits from a planned cricket stadium prevent building plans from moving forward, despite support from a roster of politicians.
New Canadian Media May 13, 2022 1:09 PM May 13, 2022 1:37 PM 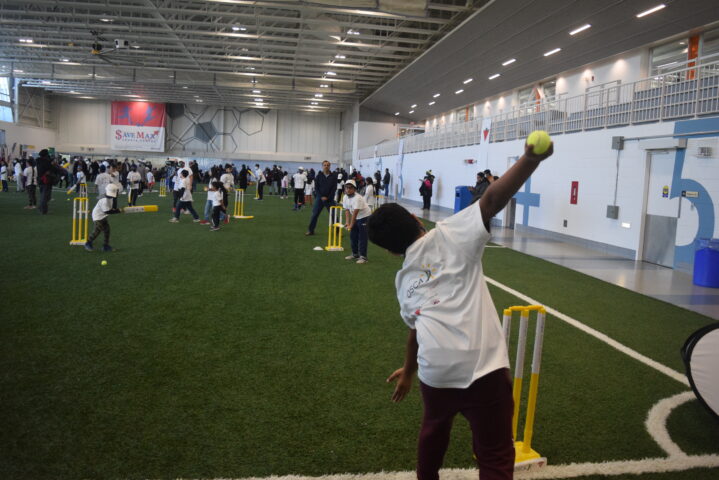 While the City of Brampton looks for partners to build a world-class cricket stadium — the first of its kind in North America — one of the city’s two deputy mayors wants to see a business case to support such a large project, which could cost as much as $60 million.

Councillor and Deputy Mayor Martin Medeiros, one of the more cautious voices on the project, says there are still unanswered questions regarding how it will be paid for and who will have access to it.

“There’s been some great interest…(and) I think there’s some good opportunity, but there’s a lot of balls in the air,” Medeiros told NCM, noting the recent four tax freezes the city implemented, the rising costs of construction due to inflation, and a $125 million contribution for an upcoming hospital that the city is required to raise, among other priorities.

“We really have to look at the budget and say, ‘Can we afford it?’”

So far, the estimated cost has been $35.5 million, but Medeiros estimates it will probably be closer to $50 or $60 million, accounting for inflation.

It’s also not clear whether the massive stadium – with a permanent seating of 5,000 with the capacity to go up to 20,000 seats for big tournaments – will even be available to small, local teams. Medeiros says local amateur leagues and teams already complain about the cost of the subsidized recreational facilities the city currently has, meaning they probably would not be able to afford the stadium’s rates.

“I don’t question the demand for cricket, but the question I have is…who is going to be using it?” says Medeiros.

“If you’re telling me that on a daily basis we’re going to get amateur cricket leagues running out of … a 5,000-seat stadium…how is the city going to (afford) it?”

Medeiros notes that even Toronto, which has many more resources than Brampton and even municipal legislation that gives them greater access to funding, “can’t provide a stadium for cricket.”

“So, I question how the City of Brampton can do this and break-even?”

In comments to NCM, Medeiros is adamant that the city “is not in the business of making money…but delivering services,” which means a huge stadium with access limited to big leagues and tournaments will “become a real drain….on the city’s resources.”

Additionally, he notes, those big tournaments – like the Global T20 Canada, which Brampton hosted in 2019 – can only happen during four to five months of the year, given Canadian weather. The rest of the time, the stadium will become an “asset that we have to maintain.”

But given the potential sponsorship dollars that could come from corporations if Brampton begins hosting international tournaments, not everyone seems to share all of the deputy mayor’s concerns, even some of his colleagues.

At the end of March, politicians including Ontario Premier Doug Ford, Brampton Mayor Patrick Brown, Brampton’s second Deputy Mayor Pat Fortini, Minister of Education Stephen Lecce, and the president of the Ontario Schools Cricket Association (OSCA), among others, vehemently pushed for the stadium during OSCA’s official launch and logo unveiling event at the SaveMax Centre.

“Cricket is among the top three wealth-generators of the world,” said Ken Jeffers, OSCA’s president.

“We are hoping that with Ontario being, as I would call it, the centre of cricket in Canada, that at some point in the future we could have an international stadium here.”

Ford agreed, urging “all the politicians in the room…to start raking up the sponsorships.”

“We all know people that can go out there and support the community and support cricket … I know we have quite a few of them, but we need more of the big names,” he said. “Nothing is more important than the corporations supporting their local communities.”

Cricket was named Canada’s official sport in 1867 by the first prime minister, John A. Macdonald, but at some point, with subsequent influxes of European and other immigrants, it was overshadowed, eventually opening the door for hockey to take its place as the national winter sport.

But with Canada receiving such a large number of immigrants from India, Pakistan, Sri Lanka, Bangladesh and the Caribbean – all cricket-crazed markets – the sport is seeing a huge revival.

That’s partly why Brown made building the stadium part of his municipal election pledge in 2018. Now that he is running for the Conservative leadership, he has again alluded to building cricket infrastructure while in talks with Nepalese community members, according to a CTV News report.

If approved, the stadium will be built on the grounds of the CAA Centre, formerly known as the Powerade Centre. It would also host other sports like soccer and track-and-field, something Medeiros fought for.

Though cricket is most profitable in India, home to the Indian Premier League (IPL), CNBC and other sport-focused media reported that the IPL made $1 billion in sponsorship deals in 2017 – $896 million more than Major League Baseball.

When Brampton hosted the GT20 tournament, Cosmos Sports and Entertainment, a marketing firm, reports there were over 75,000 in attendance for the 18-day tournament. The firm also helped secure two sponsorship deals in the runup to the tournament, including the City of Brampton and Moosehead Breweries.

Having the only cricket stadium large enough to accommodate such a powerhouse sporting event means a lot of potential dollars coming from interested spectators, corporate sponsors, tourists, vendors, uniform manufacturers, and the whole gamut of businesses involved, says Jeffers.

“It could bring tremendous benefit to the province and to the country…This is an incredible opportunity that does not currently, to my knowledge, exist in North America,” he says. “I think we should make that an attractive opportunity for business people.”

Medeiros says he’s potentially on board, as long as it is a private-public partnership.