Women's world curling in Calgary gets green light, but German team in limbo

CALGARY — The women's world curling championship in Calgary got the go-ahead from public health officials, but the status of Germany's team is unclear. Two Germans tested positive for COVID-19 in pre-tournament screening after arriving in Calgary.
Apr 28, 2021 4:53 PM By: Canadian Press 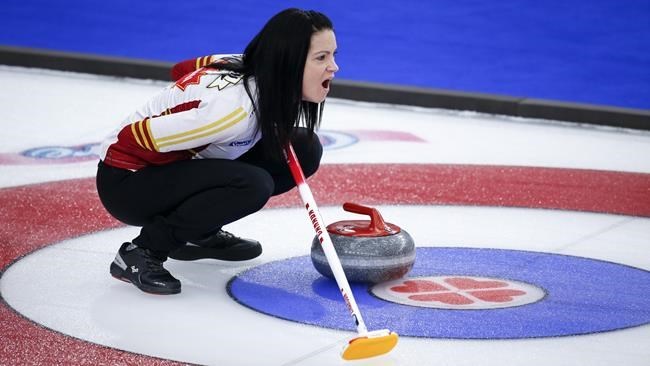 CALGARY — The women's world curling championship in Calgary got the go-ahead from public health officials, but the status of Germany's team is unclear.

Two Germans tested positive for COVID-19 in pre-tournament screening after arriving in Calgary.

The other 13 teams in the 2021 LGT World Women’s Curling Championship were cleared to practise Thursday at WinSport's Markin MacPhail Centre.

The two participants who tested positive remain in isolation until cleared for release by Alberta's chief medical officer, the World Curling Federation said Wednesday in a statement.

The rest of the German team, which tested negative, requires more testing to get approval to get on the ice.

"We continue to work with public health authorities and a further determination of the remaining team members ability and timeline for the return to sport is yet to be finalized," the WCF said.

The Germans, skipped by Daniela Jentsch, said they were devastated.

"We want to apologize to our to fellow athletes and everyone else involved with the event for the disruption to their preparations and also any worry this situation has caused them," the team said in a statement posted on social media Wednesday.

"We can only hope you understand that we are devastated this has happened despite all the care we took before and during our travel to Calgary.

"We don't know how this situation occurred or where our players contracted COVID, but we will continue to do everything asked of us by the fantastic medical team here in Calgary in order to safely return to the ice in some capacity."

Four-person curling teams bring an extra player, called a fifth or an alternate, to major championships to draw into the lineup in the event of illness or injury.

Teams can compete with three athletes, although that is a significant disadvantage when it comes to sweeping.

The Germans are scheduled to face Russia in Friday morning's opening draw.

Wednesday's practice was cancelled for all teams.

The championship April 30 to May 9 also qualifies countries to compete in women's curling in the 2022 Winter Olympics in Beijing.

"It's our dream to represent Germany at the Winter Olympics in Beijing and when members of the team are cleared to compete, we hope we will have the chance to earn that opportunity here in Canada," the Germans said.

This year's women's championship, which was relocated from Switzerland because of the pandemic, is the seventh and final curling event in Calgary held without spectators in a controlled environment to prevent the spread of the virus.

The Canadian women's, men's and mixed doubles championships were followed by the men's world championship and a pair of Grand Slam events.

The men's world championship playoffs were interrupted by four participants testing positive for the coronavirus.

The championship was completed April 11, however, with the WCF stating the cases were "false positives". Those affected tested negative in subsequent screens.

Teams are confined to the arena and the tournament hotel across the Trans-Canada Highway. They drive themselves back and forth.

Masks are mandatory once athletes step off the field of play.

It's not the first time Germany has been hampered by COVID-19 in an international sports event in Canada.

The Germans played with just 14 skaters and two goaltenders in their first two games of the 2021 world junior men's hockey championship in Edmonton.

A third of the team remained in extended isolation because of positive tests during a mandatory five-day quarantine upon arrival. One German player was quarantined for the whole tournament.

This report by The Canadian Press was first published April 28, 2021.