A lot has changed since the last time the Vancouver Whitecaps battled CF Montreal. Montreal has undergone a dramatic reinvention in recent months, rebranding under a new name and logo, revamping the roster and bringing in a new head coach.
May 7, 2021 4:46 PM By: Canadian Press 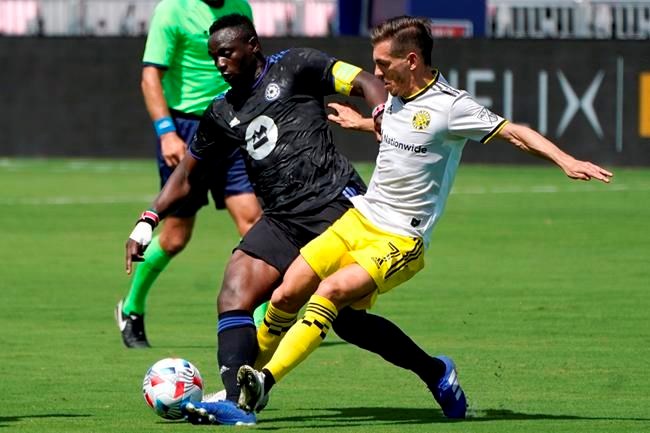 A lot has changed since the last time the Vancouver Whitecaps battled CF Montreal.

Montreal has undergone a dramatic reinvention in recent months, rebranding under a new name and logo, revamping the roster and bringing in a new head coach.

The atmosphere among the team has felt different, too, said midfielder Victor Wanyama.

“In training, a lot of players now they’re talking more, they’re a bit freer," he said. "Last year, they were a little bit laid back."

Wanyama added that the attitude could have been due to the uncertainty around the COVID-19 pandemic.

"Now they understand that the corona is here to stay with us so they need to change, they need to focus and try to get back to normal, accept what’s going on all over the world," he said.

A slate of changes hasn't erased a rivalry between the club formerly known as the Montreal Impact and the Whitecaps, however. The old grudges will be on display Saturday when the 'Caps host Montreal at their temporary home in Sandy, Utah.

"It’s always an interesting game, a rivalry when you play against any Canadian team," said Vancouver's head coach Marc Dos Santos, who coached the Impact from 2009-11, before they joined Major League Soccer.

"It’s a team we know their strengths, we know how they are, we know the new players they brought in."

Both sides have had solid starts to the MLS season.

Vancouver (1-1-1) is coming off its first loss of the year, a 1-0 decision to the Colorado Rapids on Sunday. Montreal (1-0-2) remains undefeated and is coming off a scoreless draw with Columbus Crew SC.

A stalwart back end has been key to Montreal's early success. Montreal did not allow Columbus a single shot on target last week, paving the way for 'keeper Clement Diop to collect his first clean sheet of the season.

The man in the 'Caps net on Saturday will be a familiar face to several members of the Montreal crew.

Whitecaps goalkeeper Maxime Crepeau came up through Montreal's academy system and spent five years with the Impact before he was acquired by Vancouver in December 2018.

The 26-year-old from Greenfield Park, Que., has seen limited action against his hometown team. He was in goal during Vancouver's 2-1 loss to Montreal in August 2019, but missed all three of last year's matchups with a fractured thumb.

Crepeau returned to the starting 'keeper position in fine form this year and has already amassed 10 saves on the season, including five in last week's loss to Colorado.

Nancy has known the netminder since he was 11 years old and called him "a good kid." But his club isn't thinking too much about who's in goal, the coach said.

“We have to focus on us," he said, adding that the Montreal offence needs to be "more composed" in order to finish.

"We have to keep going with what we’ve done before in terms of performance. I’m pretty happy with what we did and we have to finalize a little bit better."

Dos Santos is also happy with much of what he's seen from his group this year. He likes how the Whitecas controlled the majority of possession across the first three games, and wants to see the team exercise more patience on the ball.

“Look, we’ve improved as a team, but now we need to think about ‘What’s the next level for us in that chapter?’” he said.

NEW ENVIRONMENT: The 'Caps are based out of Sandy, Utah, to start the season and have grown used to playing at a higher altitude. Meanwhile, Montreal has been living and working in Fort Lauderdale, Fla., where heat and humidity reign. Montreal coach Wilfried Nancy said he knows the difference in climate will have an impact on Saturday's game.

HOT START: This is just the second time Montreal has started the year undefeated in three games. In 2013, the club won its first four games of the season.

LOOKING BACK: Montreal and Vancouver met three times last year, with Montreal taking wins in the first two outings and Vancouver closing the series with a 3-1 victory on Sept. 16.