TORONTO — Trainer Mark Casse remains unsure whether State of Honor will run in the $1-million Queen's Plate, and if he does what path the horse will take to Canada's most prestigious thoroughbred race.
Jun 2, 2017 4:50 PM By: Canadian Press 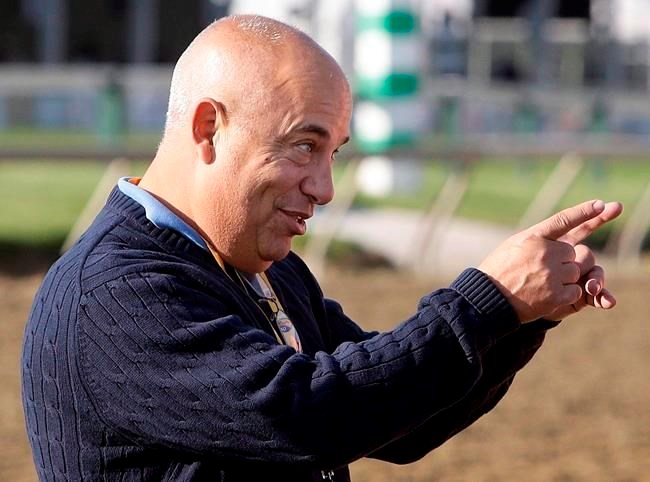 TORONTO — Trainer Mark Casse remains unsure whether State of Honor will run in the $1-million Queen's Plate, and if he does what path the horse will take to Canada's most prestigious thoroughbred race.

The Ontario-bred and owned three-year-old hasn't run since May 6 when he led midway through the Kentucky Derby before finishing 19th in the 20-horse field. Casse said while State of Honor trained well Friday, he hasn't decided if the colt will run June 11 in the $125,000 Plate Trial at Woodbine Racetrack, a major prep for the Plate, the first jewel of Canada's Triple Crown that goes July 2 at the Toronto oval.

"I'm not positive," Casse said in a telephone interview Friday. "He worked OK a few weeks ago and then we ended up giving him a little break, we weren't happy with him.

"He worked well today, much better than he did a couple of weeks ago. It's still up in the air. It would not be impossible to see him skip the Plate Trial and go straight to the Queen's Plate. I'm kind of undecided still."

State of Honor was the No. 3 Winterbook pick for the Plate at 6-1. He was behind Casse stablemate King and His Court (5-1) and Tiz a Slam (3-1), trained by Roger Attfield, who has won the Plate a record-tying eight times.

A big reason for Casse's indecision is State of Honor's struggles on synthetic surfaces. He began racing last season at Woodbine, needing five races to register his first win on its Tapeta track.

But after Casse switched State of Honor to dirt, the horse finished second four times, including in the Florida Derby on April 1 and Tampa Bay Derby in March. Points from those races helped State of Honor cement a Derby berth.

"Any time anyone has said something about the Queen's Plate and State of Honor going there I've kept saying, 'His Tapeta form is spotty,'" Casse said.

There's also a chance State of Honor will skip the Plate and run in the $500,000 Prince of Wales Stakes on July 25 at Fort Erie Racetrack. The second jewel of the Canadian Triple Crown is run on a dirt surface in Fort Erie, Ont.

"That's kind of something I still want to discuss with the Conrads (owners Manfred and Penny Conrad)," Casse said.

State of Honor drew the No. 6 post at Churchill Downs and gave the Conrads a huge thrill early. He led the Derby through the half-mile mark in 46.53 seconds before fading on a sloppy, wet track.

State of Honor has one win in 11 career starts but has finished in the money seven times (second four times, third twice). The horse has amassed $382,548 in earnings.

Should State of Honor not run in the Plate Trial, Casse will still have horses in the race. Casse said King and His Court will go postward along with Expedition, a US$275,000 yearling purchase who earned his first career win last month.

"King and His Court trained average all winter long," Casse said. "He went back to Woodbine and started training better.

"(Jockey) Gary Boulanger breezed him the other day and said he's never been better."

King and His Court, Canada's champion male last year, is unbeaten (3-0) at Woodbine under Casse's direction. The three-year-old gelding was a winner his last time out, capturing the 1 1/16th-mile Wando Stakes on May 7.

Casse will also send Enstone postward in the $500,000 Woodbine Oaks on June 11, the opening race of the Triple Tiara for fillies. Patrick Husbands rode Enstone to a 2 3/4-length win in last month's $125,400 Fury Stakes over seven furlongs.