Putin wants to leave doping issues in past amid data inquiry

MOSCOW — Vladimir Putin says Russia wants to leave its doping "shortcomings" in the past, even as it faces questions regarding data tampering.
0
Oct 10, 2019 10:32 AM By: Canadian Press 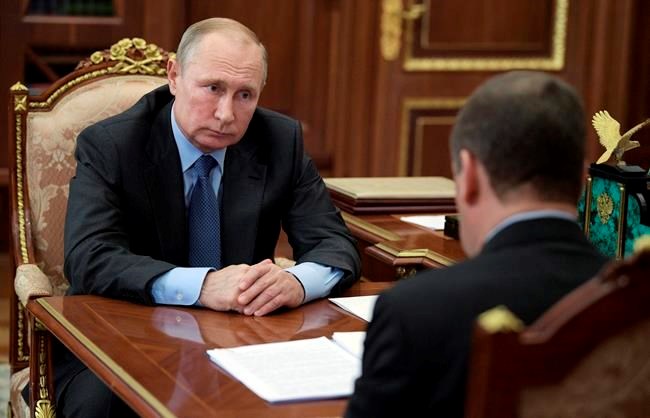 MOSCOW — Vladimir Putin says Russia wants to leave its doping "shortcomings" in the past, even as it faces questions regarding data tampering.

The Russian president tells a televised sports conference that his country is complying with the World Anti-Doping Agency "to the fullest extent."

WADA has said data handed over by Russia in January shows signs of selective editing and asked the country's sports ministry to explain.

Putin says "our country, our athletes, are first of all interested in leaving in the past all shortcomings linked to anti-doping issues."

He also calls for Russian athletes to compete "without any limitations."

Russians competed as neutral athletes at last year's Pyeongchang Games when their national Olympic committee was suspended for doping. It has since been reinstated.