PITTSBURGH — Prosecutors are dropping charges filed against a Tennessee man for throwing a catfish onto the rink in Pittsburgh during the opening of the Stanley Cup Final.
0
May 31, 2017 12:26 PM By: Canadian Press 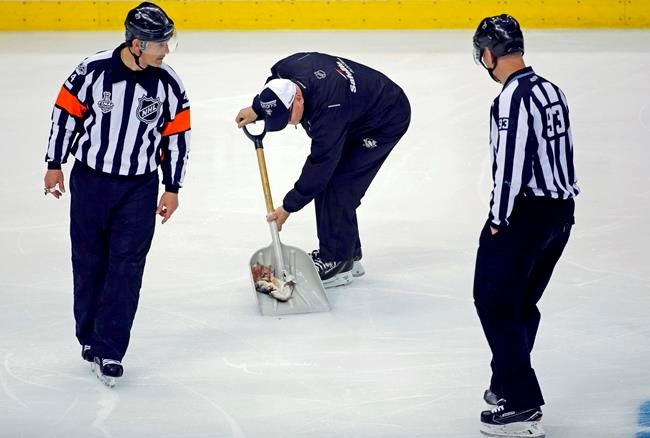 PITTSBURGH — Prosecutors are dropping charges filed against a Tennessee man for throwing a catfish onto the rink in Pittsburgh during the opening of the Stanley Cup Final.

Thirty-six-year-old Jacob Waddell was charged in Allegheny County with disorderly conduct, possessing instruments of crime and disrupting meetings or processions after tossing the dead fish over the glass surrounding the rink Monday night during the Nashville Predators-Pittsburgh Penguins game.

District Attorney Stephen Zappala said in a Facebook post Wednesday that Waddell's actions "do not rise to the level of criminal charges" so the charges "will be withdrawn in a timely manner."

Nashville Mayor Megan Barry had called for the charges to be "quickly dismissed."

Waddell called himself "a dumb redneck with a bad idea" in a conversation with Nashville radio station WGFX-FM .

He says he sneaked the fish into the arena by hiding it between layers of underwear, running the fish over with his truck several times to make it easier to pack.