Longtime CFL quarterback Kevin Glenn has retired. The Detroit native announced the decision on his 40th birthday Wednesday. Glenn was the first player to be a member of all nine CFL teams, doing so in an 18-season career.
0
Jun 12, 2019 3:06 PM By: Canadian Press 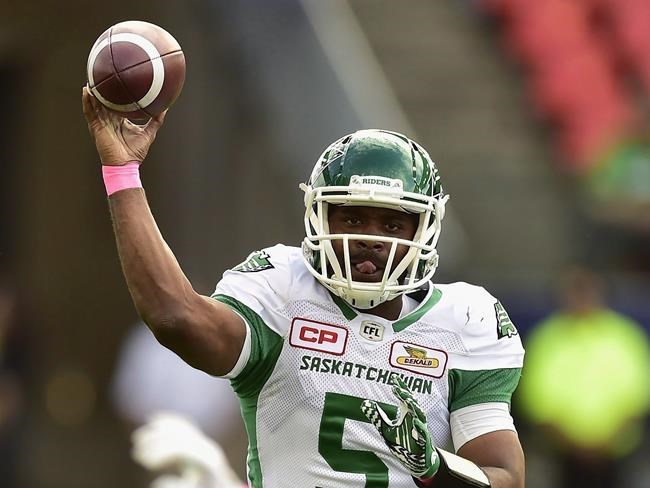 The Detroit native announced the decision on his 40th birthday Wednesday.

Glenn was the first player to be a member of all nine CFL teams, doing so in an 18-season career. He retires as the sixth-leading passer in league history, throwing for 52,867 yards with 294 touchdowns and 207 interceptions.

Glenn, who never won a Grey Cup, was the backup to Mike Reilly with Edmonton last season, but did not see any playing time. The move to the Eskimos completed Glenn's full circuit through the CFL.

The Saskatchewan Roughriders gave Glenn his first CFL shot in 2001 after his college career at Illinois State.

The Roughriders dealt Glenn to the Argonauts before the 2004 season and Toronto proceeded to send him to the Winnipeg Blue Bombers, where he had his best years.

Glenn emerged as the starter in Winnipeg in 2004 and was there through 2008. He guided the Blue Bombers to the Grey Cup game in 2007, but was injured in the East final and watched from the sideline as the club lost to Saskatchewan in the final in Toronto.

The Hamilton Tiger-Cats signed Glenn after he was released by Winnipeg in 2009.

The Calgary Stampeders picked up Glenn in a trade with the Ticats prior to the 2012 season. Glenn replaced injured starter Drew Tate in the playoffs, but the Stamps fell short in the Grey Cup game, losing to the host Argos.

The Ottawa Redblacks took Glenn in the 2004 expansion draft, but then signed Henry Burris. Glenn requested a trade and was granted his wish when he was sent to the B.C. Lions before the season.

Glenn finished his career with second go-arounds in Saskatchewan and Winnipeg and stops in Montreal and Edmonton.