Ross Montour says the time is right for McGill University to change its team nickname.
0
Nov 8, 2018 1:09 PM By: Canadian Press 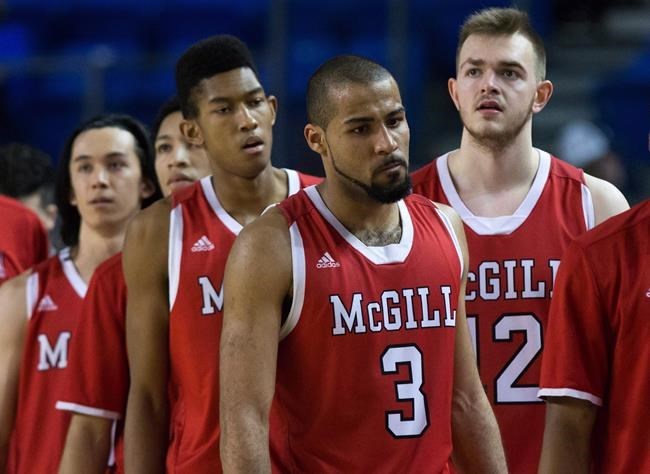 Ross Montour says the time is right for McGill University to change its team nickname.

Montour, a chief on the Mohawk Council of Kahnawa:ke, says that his First Nations community south of Montreal would welcome a move from McGill to stop calling its men's sports teams the Redmen.

He may get his wish by the end of the year, as an online petition posted by the Students' Society of McGill University has garnered nearly 10,000 signatures and led to a referendum among the student body on the issue starting Friday.

"It's a good time for that to happen," said Montour on Wednesday. "I think it's a healthy sign. The fact that the petition exists and that there are people willing to take it on as an issue for them, I couldn't be happier, really.

"Over time I think people have changed. People are learning to question: 'Really, is that OK?'"

McGill's male teams are called the Redmen while their female teams are the Martlets — an English heraldic bird that resembles a swift or a house martin.

The Redmen nickname dates back to the 1920s. Some alumni claim the name's origin is either a tribute to the team's red uniforms or the red hair of Scot founder James McGill and not a pejorative term to describe Indigenous peoples.

But there have been such connections in the past. Through the 1950s male and female teams were colloquially referred to as the "Indians" or the "Squaws" respectively. Several McGill sports teams used a stylized logo with an Indigenous male wearing a headdress in the 1980s until the school stopped using the emblem in 1992.

"I've heard the sort of disclaimer that it's only because of the colour of the uniforms but I think that's a pretty thin defence of the name," Montour said. "It's from another era, which clearly thought it was OK to do that."

After students vote in the referendum from Friday to Monday, the SSMU plans to release public letters of support from off-campus groups before McGill's provost Christopher Manfredi takes the issue before a working group in early December that will then decide if the university should take further steps to changing the name.

"A decision with respect to renaming anything within an institution whose history is as long as ours is significant," said Manfredi in an open letter posted on Oct. 24. "It must be undertaken with diligence, openness, and sensitivity to the perspectives of all concerned. In this particular instance, any decision about the Redmen name must emerge from a process that engages all relevant stakeholders in conversation, drawing us together while building on a sense of shared community and dedication to McGill University."

Tomas Jirousek, the Indigenous Affairs Commissioner for the SSMU, has been the driving force of the online petition. A member of McGill's rowing team, who is from the Kainai Nation in southern Alberta, Jirousek is frustrated by what he believes is the school administration's slow bureaucracy.

The NCAA in the United States has a policy in place that prevents teams from using names, mascots or images that would be considered hostile or abusive toward First Nations peoples. Five schools were granted waivers after they obtained permission from the specific Indigenous peoples their nicknames refer to. As an example, the Central Michigan University Chippewas have the approval of the Saginaw Chippewa Tribal Nation of Michigan.