TORONTO — IndyCar rookie Santino Ferrucci will be looking to repeat the success he found eight years ago when he raced on the Honda Indy Toronto track for the first time. He'll have to follow the rules this time though.
0
Jul 11, 2019 3:51 PM By: Canadian Press 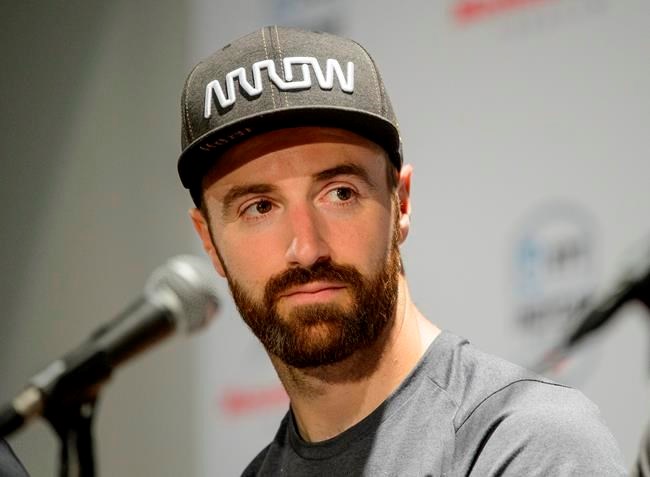 TORONTO — IndyCar rookie Santino Ferrucci will be looking to repeat the success he found eight years ago when he raced on the Honda Indy Toronto track for the first time.

He'll have to follow the rules this time though.

The 21-year-old Dale Coyne Racing driver won a charity go-kart race at Exhibition Place as a young teenager competing during the same weekend as Indy Toronto.

"I'm not sure (the win is) in the books because I think there was a technicality, lap traffic, I didn't quite follow the rules all too well," Ferrucci said with a smile Thursday at the Indy Toronto's introductory press conference.

Ferrucci estimated around 30 drivers competed in the go-kart race that year, which included "five or six turns" on the back portion of the Exhibition track.

While the Connecticut native doesn't remember what the fundraising event was for, the race — and the experience of that weekend — made an impact on him.

"I was a guest of Dario (Franchitti) and it was a pretty cool event," Ferrucci said. "This one has actually always stuck around with me because it was one of the better experiences I ever had of seeing all the fans and walking around. This race was just amazing to be at and as an experience for a little kid I just remember how much I enjoyed it.

"I'm just really happy to be back."

"As a little kid doing it, it's awesome to be here with IndyCar drivers and obviously now I'm competing against all these guys," he added.

Ferrucci joined the IndyCar series this year after climbing the Formula One ladder as a Haas F1 development driver for the past three seasons.

He has started 10 IndyCar races in 2019, with his top result coming last month — a fourth-place finish at Texas. He also has five top-10 finishes, putting him 12th in the overall IndyCar standings heading into Sunday's race.

Ferrucci isn't the only IndyCar rookie with previous experience in Toronto.

No. 10-ranked Felix Rosenqvist of Sweden won back-to-back races at Exhibition Place in 2016 while competing in the Indy Lights series.

The 27-year-old said those two victories helped cement himself with Chip Ganassi Racing.

"That weekend actually was a big leading factor to me being in the car today because that's when I had my first test with Chip Ganassi Racing and it took off from there," Rosenqvist said. "So a lot of good memories from here for sure."

Rosenqvist has six top-10 finishes this season, including two top-5s. He also won his first career pole at the Indianapolis Grand Prix in May.

"He's got a little more experience on the big track than I do," he said. "But we'll have some fun this weekend."